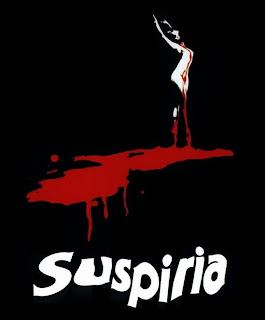 A remake of Dario Argento’s 1977 masterpiece Suspiria has been on the cards for some time now. While things have been fairly quiet since the news that David Gordon Green (Pineapple Express) was set to helm the re-imaginification, some new information about the project has been posted over at Dread Central.

In the current climate of Hollywoodised remakes of classic horror flicks from yesterday, it was probably only a matter of time before Argento’s nightmarishly gothic fairytale of witchcraft suffered the same fate as the likes of The Omen, The Texas Chainsaw Massacre, Halloween and an ever increasing plethora of others.

Suspiria is the tale of a young ballet student who realises that her prestigious school is actually a front for a coven of evil witches. It is a firm favourite with Argento fans and often hailed as the director’s masterpiece. One can only wait with a certain degree of trepidation (and hopeless despair) to see how his film will be inevitably glossified and diluted to appeal to the lowest common denominator. Stay tuned for more updates and angry rantings about the injustice of it all…
Dario Argento Italian Horror Remake Supernatural Horror The Three Mothers Witchcraft

Matthew Coniam said…
But what is there to remake? There's virtually no plot, and what there is makes no sense... all the film is is the projection of one man's visual and thematic imagination... you can do a Gus Van Sant's Psycho on it, I suppose, but other than that it's surely unremakable???
I thought Argento was remaking this himself (which at least is possible, if not the greatest idea ever.)
What a strange idea!
28 September 2009 at 11:59

James Gracey said…
Good point, Matthew. I guess there's the basic semblence of a story that could be mined for bland effect. Argento has distanced himself from this remake since it was first proposed and has been rather disapproving of the whole thing. He has recently said that he'd quite like to remake Deep Red himself. In 3D...
http://watchinghorrorfilmsfrombehindthecouch.blogspot.com/2009/07/dario-argento-to-remake-deep-red-in-3d.html

Christine, I wish I shared your optimisim! Obviously by the time this comes around, my morbid curiousity will get the better of me and I'll have to check it out. And then more than likely wish I hadn't. We'll see...
28 September 2009 at 12:43