The Complete History of The Return of the Living Dead - Out Now! 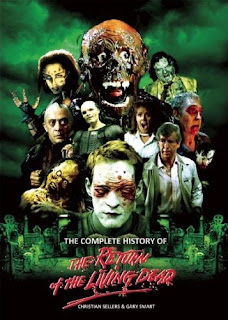 Time for a quick break from all things 'Crystal Lake', to let you know that The Complete History of The Return of the Living Dead - a new book by Christian Sellers and Gary Smart - is out now.

The Return of the Living Dead film series has become one of the most successful zombie movie franchises of all time, gaining cult status across the world and inspiring movies such as 28 Days Later, Shaun of the Dead, and Zombieland. For the first time in 25 years, the cast and crew of all five films in this franchise reveal the stories behind the movies, offering their own opinions and details about life on the sets of some of the most fraught productions in cinema history. Supported by dozens of cast and crew members, The Complete History of the Return of the Living Dead features hundreds of previously unreleased behind-the-scenes photographs and exclusive artwork. This eye-catching, comprehensive book is the ultimate celebration of The Return of the Living Dead franchise and all those who contributed to its creation.

Head over to Amazon.co.uk to pick up a copy in time for Christmas!

If you want to know more, check out my interview with authors Christian Sellers and Gary Smart here, and drop by Christian’s website Dr Gore’s Funhouse…

For a sneak peek inside their book (surely a must-have for fans of the series), check these out… 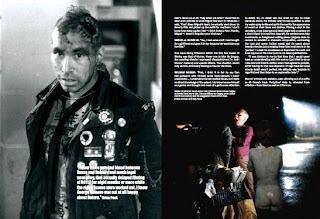 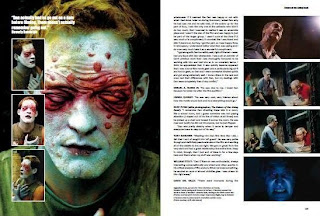 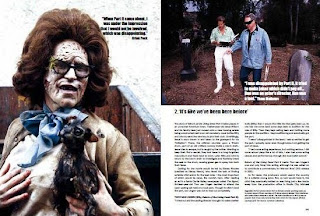 DrunkethWizerd said…
Thanks for the info. I had no idea this was even being made until I read this post. It looks totally badass!
6 December 2010 at 22:55

James Gracey said…
My pleasure, Erik. Its still not available in the States yet, but you can get a copy on Amazon.co.uk

Shaun Anderson [The Celluloid Highway] said…
I wonder if this book is like the films...bloody awful! I'll buy your book on Dario Argento instead James.
8 December 2010 at 16:41

James Gracey said…
You're not a fan of the series, Shaun? I came fairly late to it myself - but I adore the first two movies. Dan O'Bannon's script is just so off the wall. That, along with the punkish sensibility, OTT gore and morbid splatstick humour makes them stand out from the pack.