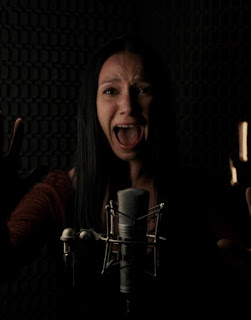 With his strikingly shot and sadistically violent directorial debut, Argento built on the giallo blueprint laid down by Mario Bava in the groundbreaking The Girl Who Knew Too Much and Blood And Black Lace; effectively kick starting the popularity of the giallo movie in early Seventies Italian cinema. A slew of films combining art-house aesthetics and exploitative sex and violence followed suit. Few come close to matching The Bird with the Crystal Plumage though. Exploring traits now commonly associated with Argento’s blood-soaked body of work – such as fetishised violence and death, identity, gender, Freudian psychoanalysis, paranoia, voyeurism and spectatorship – Bird follows an American writer who witnesses an attempted murder in an art gallery in Rome. When he begins his own investigation he unwittingly draws the killer’s attention and must recall a vital clue distorted by memory before his own life is taken. The plot and characters arguably come second to the style and atmosphere, but the script, loosely adapted from Fredric Brown’s novel The Screaming Mimi, seductively uncoils as an engrossing murder mystery.

Berberian Sound Studio unravels and re-ravels as a striking combination of dazzling Argento style and haunting Lynchian atmosphere. Set in the Seventies, it tells of mild-mannered British sound technician Gilderoy (Toby Jones), who is brought to Italy to work on the sound effects for a gruesome horror film. His increasingly nightmarish task slowly begins to take its toll, and before long, life begins to imitate art. Or does it? From the opening moments as Gilderoy is led into the studio – rather like a patient being led into a psychiatric hospital - an ominous dread seeps throughout proceedings and an ever dank ambiguity manifests itself throughout this claustrophobic nightmare of sound and vision. Berberian Sound Studio really pushes the boundaries of what constitutes horror, and what contemporary audiences expect from it as a genre. Far from demystifying the magic of cinema with its exploration of sound effects and cinematic artifice, Strickland’s film enshrouds it in an otherworldly allure.