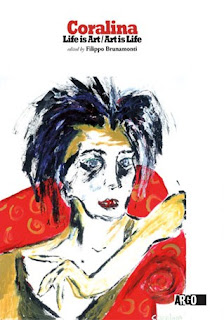 This month saw the release of a new book on the life/work of actress, artist, Dario Argento muse, Coralina Cataldi-Tassoni. Cataldi-Tassoni has starred in the likes of Argento's Opera, Phantom of the Opera, Mother of Tears and Lamberto Bava's Demons 2 (produced by Argento). She is also a painter and writer. The book, edited and compiled by Filippo Brunamonti, boasts a collection of interviews and articles focusing on the work of the actress/artist and even features a number of pieces written by the likes of Dario Argento, Tim Lucas and Mick Garris.

The volume, in the words of its editor, is an authentic act of love towards Coralina Cataldi-Tassoni, born and resident in Manhattan, who lived for many years in Rome. In a joyous mirror-play between great masters of the cinema who remember, speak and make you fall in love, color images of Coralina's paintings and rare photos come to life and lead the reader by the hand towards an exclusive interview with the artist. 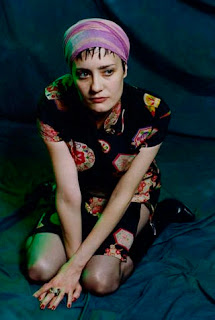 The fantastic voyage in the world of Coralina begins on December 18th, 2010, at the Teatro delle Muse, Ancona, in occasion of the Corto Dorico Film Festival, with an event in honor of Coralina Cataldi-Tassoni.

Starting January, 2011, the volume, published by Argo-Cattedrale will be launched in the United States with a promotional tour in NYC, Los Angeles and Chicago.'

You can check out the trailer/short film Coralina: Based on a True Life, written and directed by Coralina Cataldi-Tassoni and Mariano Baino, here.You can pick up a copy of the book here.

For more info, check out Coralina's official website.
I had the pleasure of interviewing Coralina a while back - you can read it here.
Book Coralina Cataldi-Tassoni Italian Horror

Unknown said…
This looks great. I especially love the fact that there are bilingual versions too. Good work, as always!
2 February 2011 at 00:36