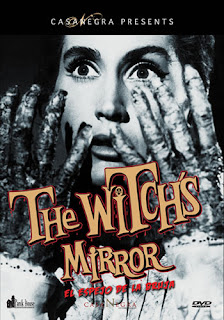 Housemaid Sarah, who is also a practising witch, discovers that her goddaughter Elena’s life is in danger and attempts to help her. The spirits and deities she converses with through her mystical mirror show Sarah the face of Elena’s killer, but command her not to interfere. Elena is soon poisoned by her husband, renowned surgeon Eduardo, who sets about moving his new wife Deborah (Rosita Arenas - The Curse of the Crying Woman) into their castle. Sarah vows to avenge the death of her goddaughter and sets about communing with dark spirits to summon the ghost of Elena, who soon begins to stalk the halls of the castle and torment her husband and his new bride. With horrific consequences…

This is a film in three distinct parts; each more elaborate and fiendishly enjoyable than the next. The first part, which involves the murder of a woman by her husband, and his subsequent remarriage to another woman, is a highly gothic and overwrought melodramatic romance with distinct shades of Mario Bava and Hitchcock. Recalling the likes of Rebecca and The Horrible Dr Hichcock, the new wife is terrorised in her new home by the ghost of her husband’s first wife. A harpisord plays by itself! A vase of flowers instantly wilt and die! Ghostly voices call out from the shadows! And Elena gazes malevolently from the other side of the mirror before emerging from it in a flurry of double exposure to menace her husband's new bride. 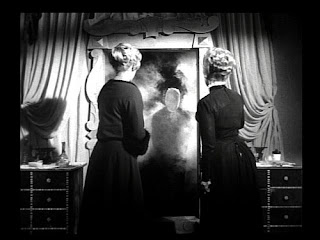 When Eduardo attempts to destroy the mirror, he accidently sets fire to his new wife Deborah in the process. Now horribly disfigured, Deborah’s head is wrapped in bandages and a guilt-ridden Eduardo vows to restore her to her former beauty. The film then takes on the form of the typical ‘Mad scientist who desperately wants to restore his wife’s beauty after a horrific accident leaves her disfigured’ narrative; popular at the time and akin to the likes of Eyes Without a Face and Jess Franco’s The Awful Dr. Orloff. As Eduardo attempts to right one wrong and redeem himself, he unwittingly creates a whole slew of subsequent tragedies and increasingly horrific occurrences. Abducting cadavers from the local morgue and exhuming just-buried corpses from the nearby graveyard, Eduardo and his assistant eventually exhume a woman from the ground to discover she is still alive – they don’t let this mild inconvenience stand in their way though. Meanwhile, Sarah once again calls on the ghost of Elena, who possesses a pair of disembodied hands soon to be transplanted onto poor Deborah’s scarred body.

The Witch’s Mirror then begins to resemble the likes of Mad Love and The Beast with Five Fingers, as Deborah struggles to control her new body parts which, unbeknownst to her, have been possessed by Elena and are intent on murdering Eduardo. 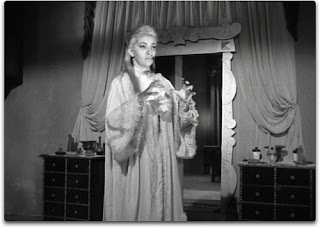 While it is fair to say that Urueta uses pretty much every horror film cliché in the book, because he approaches the subject matter with such vitality, earnestness and imagination, it is hard to denounce The Witch’s Mirror as a cheap rip off. The film abounds with visual tricks and effects that still hold up and prove rather effective today; namely the rather gruesome surgical scenes and the various moments in which the mirror reveals the sinister demons and spirits that peer out of it. All these astounding images and set pieces swell together under a haunting and overwrought atmosphere. While dated, the effects still prove rather effective and even somewhat endearing; perhaps because of the sincere context in which they are presented.

Moody black and white photography enhances the gothic ambience of the castle. Characters wander around long, shadow filled hallways. One particularly striking and downright creepy moment takes place as Sarah implores her dark overlord to spare her goddaughter’s life. As she converses with a sinister disembodied voice, she gradually looks up into a corner of the room, and perched there is a ghastly creature that resembles some hideous gargoyle shrouded in burial robes. This effective shot comes as a complete surprise and is utterly chilling.
As Deborah paces in her darkened room with her head swathed in bandages, the room is lit by an ethereal light and the suffocating shadows thrown by it threaten to engulf her completely, enhancing the stifling imprisonment she feels beneath her claustrophobic bandages. 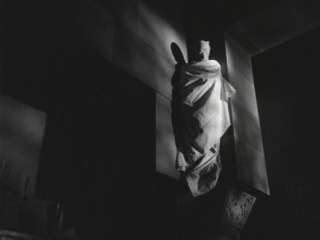 Despite the striking similarities to other films, The Witch’s Mirror more than holds its own and sets about creating a provocative atmosphere that proves utterly captivating. Urueta’s film has such an abundance of style, imagination and creativity that it is never dull, and chances are you might find yourself constantly surprised by the visual delights and the ever-twisting, wildly audacious plot.

The acting is perfectly adequate, with all the major players conveying the rudimentary amount of inner turmoil and morbid melancholy. The film pretty much hits the ground running and its opening scenes immediately grab your attention in vice-like claws, drawing you into an immediately intriguing story with a myriad of striking images and overwhelmingly melo-gothic trappings. As Sarah and Elena stand before the titular mirror, visions are revealed to them through an eerily billowing fog within the glass and the occasional glimpses of some warped fiend peering back at them with dark curiosity is expertly realised. The haunting and macabre imagery the mirror reveals is all effortlessly conveyed through the utilisation of expert trick photography.

The Witch’s Mirror is also interesting because of the fact that we are never entirely sure who the ‘hero’ of the tale is. Is it the Satan worshipping housemaid who basically wants to help her wrongfully murdered goddaughter gain revenge from beyond the grave? The lovelorn surgeon who murdered his wife in order to be with the woman he really loved? Or new wife, Deborah - an innocent victim in all the ensuing gothic melodrama? This somewhat highly ambiguous morality constantly shifts and morphs throughout the story. 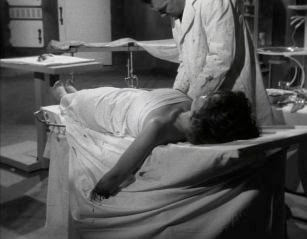 Frequently surreal touches such as the disembodied hands detaching themselves from various bodies and scurrying about the creepy operating room seeking out their prey, are guaranteed to deliver chills directly to your spinal cord. The film treads a fine line between effective restraint and genuinely grisly revelations. The surgical scenes and shots of dissected and limbless bodies unceremoniously propped up in a store room also prove quite unsettling. The work of Val Lewton and Mark Robson (particularly Isle of the Dead) is subtly evoked in the eerily graceful images of Elena as a wraith, wafting through the darkness of the night in her white burial robes.

The Witch’s Mirror is a unique horror film that drips with atmosphere and ingenuity - give it a go and prepare to be enraptured by one of the best fright-flicks from the Golden Age of Mexican horror - it works wonderfully as a double bill with The Curse of the Crying Woman. Moody, atmospheric and thoroughly deranged fun.
Body Horror Mexican Horror Mirror Sixties Horror Supernatural Horror Surgical Horror Witch's Mirror Witchcraft