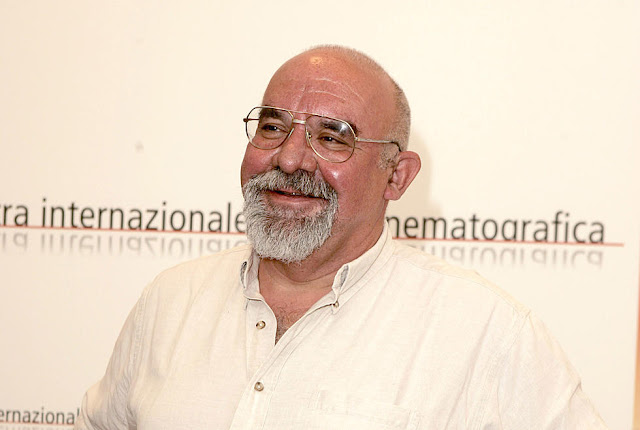 Cult film and stage director Stuart Gordon has died at the age of 72. Famed for his Lovecraft adaptations, including Re-Animator (1985), From Beyond (1986), Dagon (2001), Castle Freak (1995) and Dreams in the Witch House (2005), Gordon was also a playwright, and began his career producing experimental, frequently controversial stage plays before moving on to film in the 80s.

Born and raised in Chicago, Gordon majored in theatre studies at the University of Wisconsin, where he founded the theatre company Screw Theater. Together with his wife and collaborator, actress and writer Carolyn Purdy-Gordon, he formed the Organic Theater, described by a friend of the director’s as “the take-off-your-clothes, scream and bleed theater.” The company quickly garnered a reputation for radical, politically charged, anti-establishment productions, including an anti-Vietnam war re-telling of JM Barrie’s Peter Pan, which actually resulted in the arrest of Gordon and Purdy-Gordon on charges of 'obscenity' (the case was later dropped).

The notoriety of his theatre work followed Gordon into his screen work, as his films, which often blended outrageous horror and gruesome effects with satirical humour and sly social commentary, were similarly outré. According to Rolling Stone’s David Edelstein, “Gordon inhabits a place where trash, art and politics intersect and where the giddy smashing of taboos is a large part of the fun. He reserves the right to probe the boundaries of taste, because 'good taste' is how societies repress what they don’t want to confront — even if those impulses wind up tearing them apart from the inside.”

In an interview with Edelstein, Gordon remarked: “There is a side of me that likes to break through clichés and wake people up. I find that fun. I think that’s part of what art is supposed to do — to make you see or experience things in ways that you haven’t before.” While Gordon was especially known for his adaptations of the work of HP Lovecraft, he also ventured into sci-fi - Fortress (1992), Robot Jox (1990), Space Truckers (1996) - and broodingly dark psychological drama - Stuck (2007), Edmund (2005), King of the Ants (2003). When not occupying the director’s chair, Gordon also wrote/co-wrote the likes of Body Snatchers (1993), The Dentist (1996) and Disney family fantasy-adventure Honey, I Shrunk the Kids (1989). He regularly worked with director/producer Brian Yuzna, and frequently cast Jeffrey Combs, Barbara Crampton and Carolyn Purdy-Gordon in his films. According to IMDB once said “Fine acting is the best special effect. If you have a good actor, they can make you believe anything. My movies have always been about the casts, really.”


More recently Gordon moved back to theatre production, directing Nevermore… An Evening with Edgar Allan Poe, starring Jeffrey Combs as Poe. Gordon also produced and co-wrote Re-Animator: The Musical, which prompted Variety to declare: “Not since Little Shop of Horrors has a screamfest tuner so deftly balanced seriousness and camp.”

Gordon is survived by his wife Carolyn, their three daughters and four grandchildren.
Stuart Gordon