Showing posts from April, 2013
Show All

The Lords of Salem 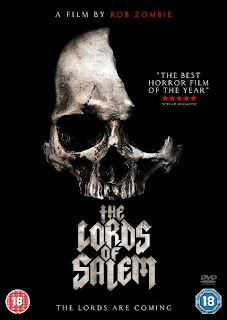 2013 Dir. Rob Zombie Former junky Heidi works as a rock DJ at the local radio station in Salem, Massachusetts. When she receives a wooden box containing a vinyl record, ‘A gift from the Lords’, she assumes it’s a PR stunt by a band and gives it a spin. Upon hearing the strange, haunting music, Satanic Panic ensues and she begins to experience vivid hallucinations and bizarre flashbacks to her towns violent, blood-soiled past. Is Heidi going mad, or are the “Lords of Salem” returning for revenge on modern-day Salem? A daring filmmaker with a unique and singular vision, Rob Zombie has never been one to shy away from controversy or despairingly dark subject matter. The Devil’s Rejects focused on the murderous redneck antagonists of House of 1,000 Corpses , essentially rendering them the protagonists and even attempting to generate sympathy for them; daring the audience to side with them despite the atrocities they’d previously committed. His remake of John Carpenter’s classic sla
6 comments
Read more 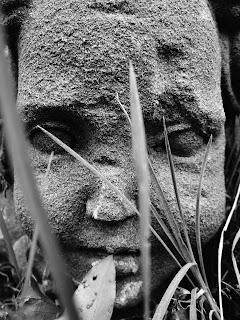 Situated on Stranmillis Road, Friar’s Bush cemetery is Belfast’s oldest Christian burial site. Hidden from view behind a huge wall and the Ulster Museum, it is quite a small graveyard - roughly two acres - but is the final resting place of a deceptively large number of people. The city’s official famine site, part of it is a mass grave of over 2,000 victims of hunger and cholera. Dating back to the 13th century, it is also said to be the site of the medieval friary of St Patrick himself. Every grave tells a story; most of famine and plague, some of bloody murder and body-snatching. The entrance to the cemetery - a beautiful old arched gothic gate lodge, was built by the Marquis of Donegal in 1828. One of the first things you see as you pass through the gate is a sizable mound looming up from the earth before you. Dubbed ‘the Plaguey Pit’, this mound marks the final resting place of thousands of unfortunates who died during a major outbreak of cholera in the early 1830s. Too poor t
4 comments
Read more

Short Story Showcase: What Was It? by Fitz-James O’Brien 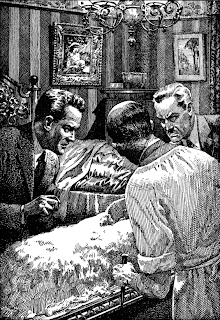 Illustration from Famous Fantastic Mysteries They could feel and hear the Nameless Horror, but they could not see it… They could have no doubt that it was present among them, but… what was it? I first came across this curious and highly effective little tale in Christopher Frayling’s tome, Vampyres: Lord Byron to Count Dracula . While one of the earliest examples of the 'Invisible Force' tale, Frayling included O’Brien’s twisted little yarn in his study of vampire literature, as he viewed it as a variation on traditional vampire motifs. What Was It? was first published in Harper’s Magazine, in March 1859, and tells of the residents of a particular lodging house who encounter an invisible, seemingly blood-thirsty creature in one of the rooms. Once they manage to apprehend it, they attempt to study it. Frayling refers to Irish-born American O’Brien (1828 – 1862) - generally regarded as a forerunner of science fiction - as a ‘domestic’ Edgar Allan Poe. Despite his ration
2 comments
Read more
More posts