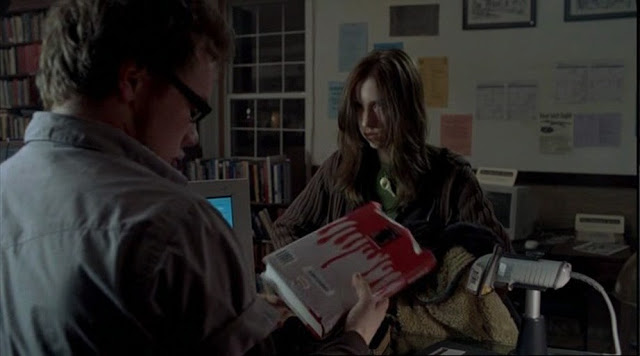 As mentioned in the previous post, characters in horror cinema and literature often assume the role of information gatherer/knowledge seeker. They may find they need to conduct research in order to uncover truth. Sometimes equipping oneself with reliable information in order to obtain truth can mean the difference between life and death. Characters may visit libraries to fulfil their information needs - sometimes with the guidance and support of library staff. More than just storehouses for books, the main purpose of a library is to provide users free access to information and resources for learning (and for recreation, but that’s another blogpost). By facilitating this access, public libraries - once described as ‘street corner universities’ (Chowdhury, 2008, p147) - actively advocate life-long learning and a commitment to enabling people of all ages and walks of life to acquire new skills and knowledge they may, for various reasons, be otherwise unable to obtain. Not everyone has, for example, access to the internet in their home (some may not even own a computer). It isn’t possible to conduct in-depth research in a bookshop. In a time when vital services (health services, employment services, social services etc.) are facing severe cuts to funding and support, libraries are becoming even more important in helping to enable vulnerable people access vital information. According to Dawn Finch, author, librarian and Vice President of CILIP (Chartered Institute for Library & Information Professionals), ‘There is really only one place in the community where people can receive that sort of informal help to get over a tricky patch in their lives, or to help them navigate an increasingly stressful world – and that’s the library’ (Finch, 2019). Libraries are one of the last remaining indoor public spaces where people are free to browse, read, learn, rest, get warm, interact with other human beings and there’s no expectation to part with any money.
By providing users a welcoming and peaceful space to spend time - browsing, reading, learning or simply reflecting or sheltering - libraries also act as a safe place, providing a lifeline, especially for the socially isolated and vulnerable within our communities. Obviously libraries have a history of the provision of objects, and the preservation and safekeeping of the information and knowledge contained within these physical objects, but as librarian and educator Shiyali Ramamrita Ranganathan stated in 1932 in his Five Laws of Library Science: ‘Books are for use’, ‘Every reader their book’, and ‘Every book its reader’ (LibrarianshipStudies, 2020). The contents of libraries are therefore to be used, not just stored away for preservation, and access to the contents and services libraries provide should therefore never be exclusory. Librarian, author and former President of American Library Association Josephine Adams Rathbone – who drafted the first suggested ALA code of ethics in 1930 – also claimed, ‘Libraries are for people, not things’ (Wexelbaum, 2016, p7). Indeed, Wexelbaum (2016, pp9-10) suggests Rathbone’s sentiment in her suggested code of ethics planted a seed for the ground rules of libraries as safe spaces decades later, noting: ‘During a time of segregation, Jim Crow laws, criminalization of LGBTIQ people, rising anti-Semitism, and sterilization of those deemed “unfit”, Rathbone’s statement was radical for its time […] Without librarians and staff modeling appropriate behavior amongst themselves, Rathbone believed, there would be no way to maintain a positive, judgment free atmosphere in the library for patrons.’
A good example of a vulnerable, marginalised individual (in horror cinema) being able to access much-needed (potentially life-saving) knowledge through their local library is briefly, but crucially, featured in Ginger Snaps: Unleashed (2004), the dark and gritty follow up to Ginger Snaps (2000). Ginger Snaps ended with Brigitte (Emily Perkins) killing her werewolf sister Ginger (Katherine Isabelle), but not before she was attacked and also infected with lycanthropy. Brigitte believed she had discovered a cure and when we last saw her she held potential salvation in her hand: a syringe of Monkshood (Wolfsbane, which needed to be injected to keep her from transforming into a werewolf). We come to understand in the sequel that, unfortunately, Monkshood is not a cure; it simply prolongs the unavoidable process of lycanthropic transformation. Brigitte now finds herself desperately trying to keep her emerging inner beast suppressed as her supplies of monkshood are dwindling. Parallels with addiction, self-harm, stalking and abuse are rife throughout the film; Brigitte cuts herself to see how quickly her wounds heal and bases her self-medication, which she injects periodically, on this information. To the casual observer, she more than likely resembles an addict, or someone with apparent mental health issues. She is completely alone, living a nomadic life, drifting from place to place and being relentlessly stalked by another werewolf. Existing on the periphery of society, her only access to crucial knowledge and information – and, seemingly, interaction with other people - is at her library, which is free to use and open to everyone. 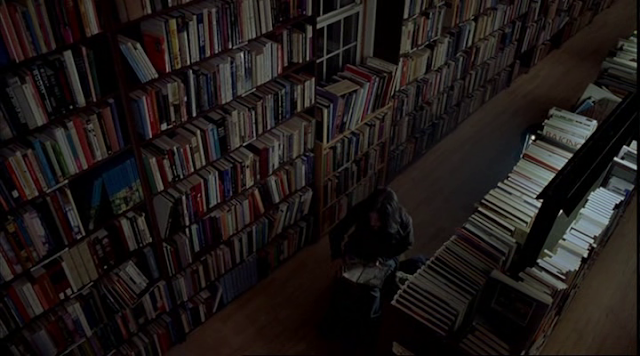 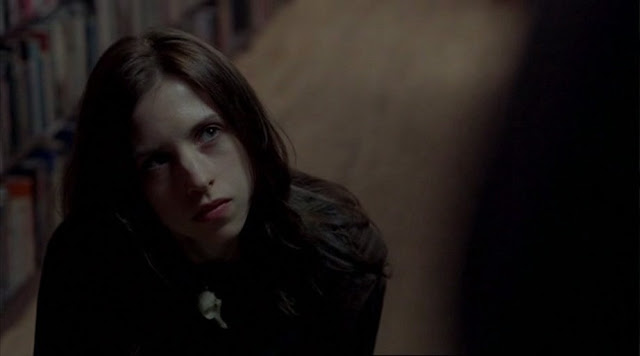 We need to work hard to ensure libraries continue to offer safety and sanctuary for their users. We need to fight to keep them open and staffed by professional, qualified library staff - whose safety and well-being is as assured as library users safety and well-being. We need to insist that the opportunities they afford people to learn, grow and develop can always be availed of. Especially those in our society who are vulnerable and marginalised and already have so few opportunities to access knowledge and education, those so powerfully represented by film characters such as Brigitte. She’s a vulnerable young person undergoing life-altering changes. Sure, Ginger Snaps: Unleashed is a horror film and the changes are lycanthropy, but these are strongly paralleled with more ordinary, everyday issues (addiction, mental health, bereavement, loneliness). This serves to further highlight the need to ensure people – and indeed communities - have access to a library, and the role libraries play in providing impartial access to reliable knowledge and eventual personal empowerment. In terms of the other, more informal kinds of vital support users can find at the library, Finch (2019) notes ‘If we lose library workers, we are at risk of completely abandoning those people in our communities who just need someone to talk to, someone non-judgmental who can offer a helping hand, or maybe just a patient ear. Formalising what was once informal social care is expensive, and so is the failure to support mental health, and that will cost us all a great deal more than investing in library workers ever would.’ Finch concludes that far from being the mere custodians of knowledge and information, the role of the librarian is multifarious, social and indeed pastoral: ‘Every day, library workers are quietly changing and saving lives. As well as providing informal mental health and wellbeing support, they are raising national literacy levels, supporting families and reaching out into their communities to make them stronger and more cohesive’ (Finch, 2019).
#librariesmatter
Bibliography
American Library Association (2008) Privacy [online] Available at: http://www.ala.org/advocacy/privacy [Accessed 15th September, 2020] Document ID: 1b8e7062-6f53-8e54-c9ce-87dff34d8008 [Accessed 16th September 2020]
Chowdhury, G. G. Librarianship: an introduction, 2008, Facet, London
Clark, I.J. (2016) Are libraries safe spaces? Infoism [online] Available at: https://infoism.co.uk/2016/09/safe-spaces/ [Accessed 16th September 2020]
Finch, D. (2019) Closing libraries means abandoning society’s most isolated and vulnerable. The Guardian [online] Available at: https://www.theguardian.com/commentisfree/2019/aug/02/closing-libraries-vulnerable-mental-health [Accessed 16th September 2020]
Librarianship Studies (2020) Five Laws of Library Science [online] Available at: https://www.librarianshipstudies.com/2017/09/five-laws-of-library-science.html [Accessed 16th September 2020]
Wexelbaum, R. (2016) The Library as Safe Space [online] Available at: https://www.researchgate.net/publication/303839143_The_Library_as_Safe_Space [Accessed 8 Sep 2020] DOI: 10.1108/S0732-067120160000036002 27/08/2020
Aside from actually using them, find out more about how you can support and advocate for libraries and library services here:
https://www.cilip.org.uk/page/CampaignsandAdvocacy
http://www.ala.org/pla/advocacy
Ginger Snaps Information Needs Information Seeking Libraries Libraries in Horror Libraries Matter Library Library Services

Ross Horsley said…
This series is utterly unique. I cannot wait to see what comes next!
28 September 2020 at 15:15

James Gracey said…
Thank you so much Ross! They were a lot of fun to write. I'm working on another post at the moment and hoping to share it soon. Hope all is well with you :)
19 October 2020 at 10:46