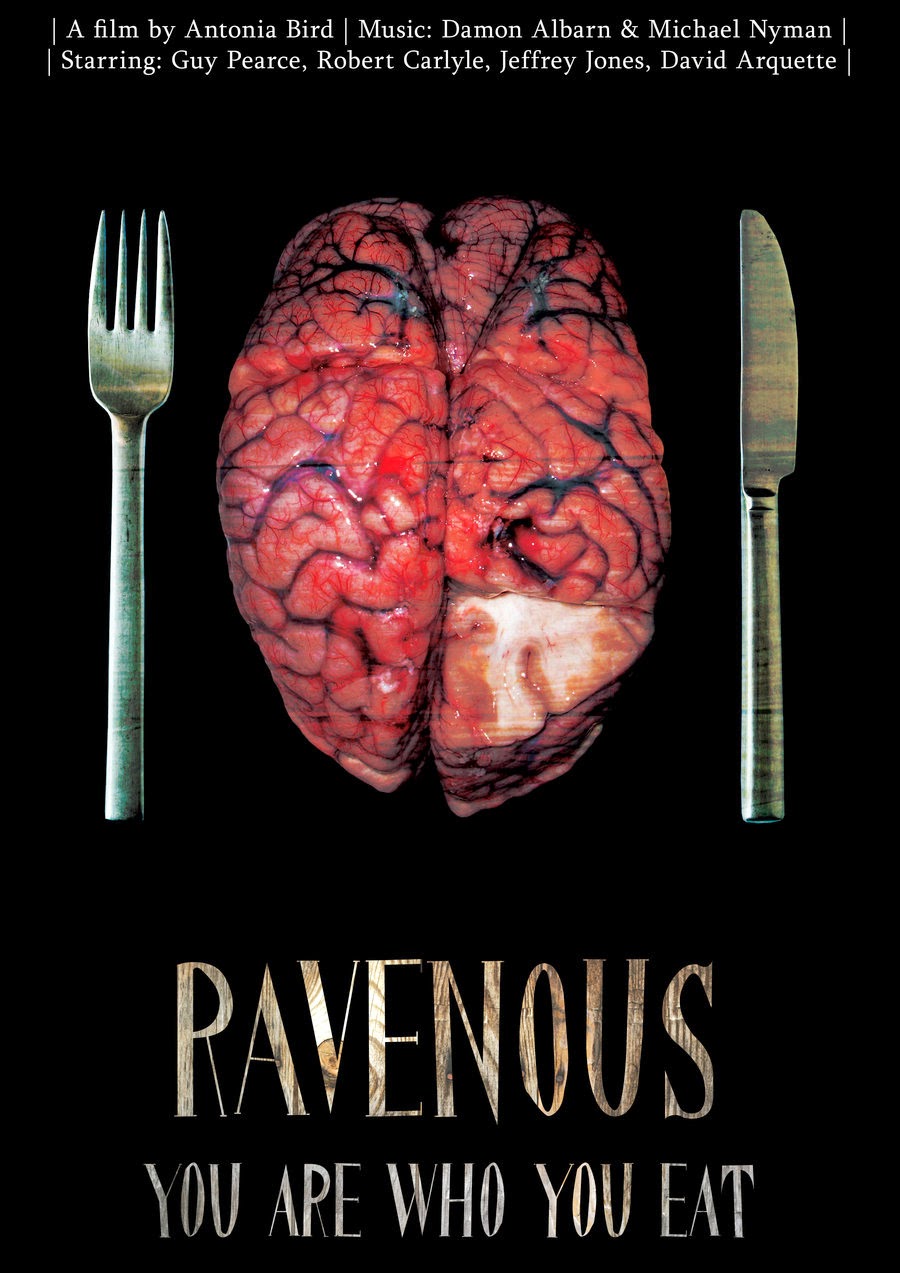 Released in 1999, Antonia Bird’s gruesome, satirical horror-comedy Ravenous tells of a group of soldiers descending into a nightmare of murder and cannibalism while snowed in at an isolated fort in the Sierra Nevada mountains. Referencing the plight of the infamous Donner party, aspects of Native American folklore, specifically the figure of the Wendigo, and the weird tales of Algernon Blackwood, Ravenous was initially criticised for its ‘uneven’ tone, but has since garnered a cult following. Owing to its reputation as a horror oddity is its rich and unusual score, born from the inspired pairing of minimalist classical composer and ethnomusicologist Michael Nyman, and Damon Albarn, front-man of experimental British indie bands Blur and Gorillaz.

To celebrate Scream Factory’s recent release of the film on Blu-ray, and because it’s just an incredible score, Matthew Monagle and I have written separate pieces on it; Matthew ponders Damon Albarn’s contributions and how the score can be seen as a bridge between Blur and the later experimental sounds of Gorillaz, while I contemplate Nyman’s more classical contributions, which draw inspiration from American composers such as Aaron Copland and John Cage.

Head over to Paracinema to read ‘em. Matthew's is here, and mine is here.

Ralf said…
Dropping by to say hi, stumbled upon this blog searching for interesting pieces on Hellraiser and been reading your archives with great curiosity. This post also convinced me to rewatch Ravenous again and while I think it loses some of its potent moody atmosphere along the way, it's a fine curious film and the score is indeed wonderful.
Greetings from Estonia.
21 June 2014 at 18:33