Behind the Couch Turns 7 Years Old! 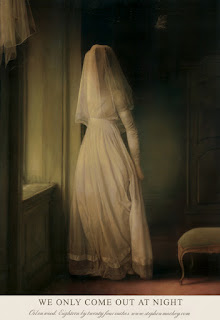 Behind the Couch turned seven years old this month.

Celebrations have been somewhat sedate though, as it’s been a pretty quiet year in terms of blogging. That said, looking back over the last twelve months, it looks like I enjoyed some damn fine slasher films and rejoiced in some new titles which were lauded as ‘future classics’.

Away from blogging, I reviewed DVDs aplenty for Exquisite Terror and was lucky enough to interview a couple of fantastic film composers for Paracinema: I chatted to Rich Vreeland (aka Disasterpiece) and Jonathan Snipes about their scores for It Follows and Starry Eyes, respectively. I also contributed essays to the likes of Eurohorror fanzine Fang of Joy and was nominated for a Rondo Hatton Award in the Best Article category. The article, 'Family Man' (a look at Tobe Hooper’s meaty representations of the family unit in all its deadly, dysfunctional and dynamic forms), was published in issue 20 of Diabolique Magazine in March/April, 2014.

Things will continue to be fairly quiet around here as I’ve just started working on another book. I shan’t say too much about it now, except that it’s a monograph on a film I love dearly; a film that features many of my favourite things, including werewolves, fairy tales, gender issues and folklore…

To everyone who has dropped by over the last year - thank you! I hope you'll continue to do so.

Would your new book be about The Company of Wolves, by any chance? It's about time that film got more attention!
13 December 2015 at 22:13

James Gracey said…
Thanks guys. :) And yes Kelvin, for the next few months I shall be spending time in the company of lupine suitors and trying to heed Granny's advice to "stick to the path"...
14 December 2015 at 09:04