How To Become A Werewolf 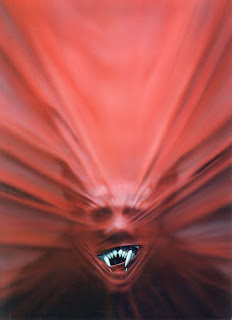 While researching all things lycanthropic for my book on The Company of Wolves, I came across a marvellous old tome by Elliott O’Donnell, entitled ‘Werwolves.’ O’Donnell (1872-1965) was the author of countless books concerning the supernatural and the occult, and when he wasn’t writing accounts of his own experiences as a real-life ghost-hunter battling spectres, spooks and banshees, he authored several novels, including ‘For Satan’s Sake’ (1904) and ‘The Sorcery Club’ (1912), and myriad short stories and articles. O’Donnell once claimed “I have investigated, sometimes alone, and sometimes with other people and the press, many cases of reputed hauntings. I believe in ghosts but am not a spiritualist.”

‘Werwolves’ (1912) was intended as a scholarly, encyclopaedic study of, funnily enough, werewolves, and it contains first-hand accounts of O'Donnell’s personal encounters with lycanthropes. While the facts contained within its pages are a wee bit questionable, it certainly remains one of the most fascinating, and, dare I say, entertaining resources on the subject, containing as it does, stories and sightings of wolfmen from various cultures across the globe.

While perusing an online copy of the book, I was immediately drawn to the fourth chapter: How To Become A Werewolf. According to O’Donnell, in cases when lycanthropy is not hereditary, it may still be acquired through the performance of certain ancient rites ordained by Black Magic. Phew! Before detailing these certain ancient rites, O’Donnell suggests that whoever intends to perform them must first of all find a suitable location, and secondly, be “earnest and a believer in those super-physical powers whose favour he is about to ask.”

He then goes on to suggest that "a spot remote from the haunts of men" is best, and that "The powers to be petitioned are not to be found promiscuously - anywhere. They favour only such waste and solitary places as the deserts, woods, and mountain-tops."

"The locality chosen, our candidate must next select a night when the moon is new and strong. He must then choose a perfectly level piece of ground, and on it, at midnight, he must mark, either with chalk or string - it really does not matter which - a circle of not less than seven feet in radius, and within this, and from the same centre, another circle of three feet in radius. Then, in the centre of this inner circle he must kindle a fire, and over the fire place an iron tripod containing an iron vessel of water. As soon as the water begins to boil the would-be lycanthropist must throw into it handfuls of any three of the following substances: asafoetida, parsley, opium, hemlock, henbane, saffron, aloe, poppy-seed and solanum; repeating as he does so these words:

Spirits from the deep
Who never sleep,
Be kind to me.

Spirits from the grave
Without a soul to save,
Be kind to me.

Spirits of the trees
That grow upon the leas,
Be kind to me.

Spirits of the air,
Foul and black, not fair,
Be kind to me.

Water spirits hateful,
To ships and bathers fateful,
Be kind to me.

Spirits of earthbound dead
That glide with noiseless tread,
Be kind to me.

Spirits of heat and fire,
Destructive in your ire,
Be kind to me.

Spirits of cold and ice,
Patrons of crime and vice,
Be kind to me.

The supplicant then takes off his vest and shirt and smears his body with the fat of some newly killed animal (preferably a cat), mixed with aniseed, camphor, and opium. Then he binds round his loins a girdle made of wolf's-skin, and kneeling down within the circumference of the first circle, waits for the advent of the Unknown. When the fire burns blue and quickly dies out, the Unknown is about to manifest itself; if it does not then actually appear it will make its presence felt.


There is little consistency in the various methods of the spirit's advent: sometimes a deep unnatural silence immediately precedes it; sometimes crashes and bangs, groanings and shriekings, herald its approach. When it remains invisible its presence is indicated and accompanied by a sensation of abnormal cold and the most acute terror. It is sometimes visible in the guise of a huntsman - which is, perhaps, its most popular shape - sometimes in the form of a monstrosity, partly man and partly beast - and sometimes it is seen ill defined and only partially materialized. To what order of spirits it belongs is, of course, purely a matter of conjecture. I believe it to be some malevolent, superphysical, creative power, such as, in my opinion, participated largely in the creation of this and other planets. I do not believe it to be the Devil, because I do not believe in the existence of only one devil, but in countless devils. It is difficult to say to what extent the Unknown is believed to be powerful by those who approach it for the purpose of acquiring the gift of lycanthropy; but I am inclined to think that the majority of these, at all events, do not ascribe to it any supreme power, but regard it merely as a local spirit - the spirit of some particular wilderness or forest."

O'Donnell opines that this is not the only method of acquiring lycanthropy. If you haven’t been able to obtain all of the ingredients and accoutrements to enable you to commune directly with the Unknown (cat lovers, I mean you), O’Donnell suggests ingesting a wolf's brain. If your vegetarianism or love of wolves (understandably) prevents you from doing this, try drinking water out of a wolf's footprint, or drinking out of a stream from which three or more wolves have been seen to drink...
Elliott O'Donnell How to Become a Werewolf Lycanthropy Research Werewolf