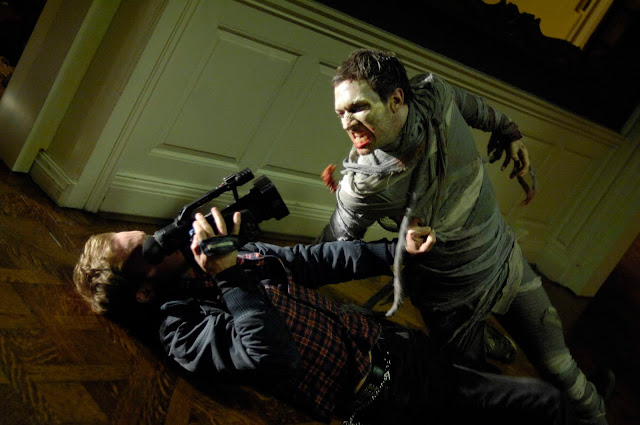 As the director of Night of the Living Dead (1968), George Romero will be remembered as one of the major pioneers of the modern horror film. A truly groundbreaking work, it was released just eight years after Hitchcock’s Psycho (1960), and like that film, Night of the Living Dead similarly suggested that monsters can live right next door to us. Indeed, Romero took this notion one step further by suggesting that it is us who are the monsters. Several sequels followed, all of which provided socio-political commentary against the backdrop of a world where the dead return to life and consume the living, an examination of the human condition, and how ordinary people faced with extraordinary, unprecedented events struggle to survive. The horror in these films stems from the things people do to themselves and each other when the world as we know it comes shuddering to an end and humanity fragments and literally eats itself.

Following on from Romero's previous Dead film, the ambitious Land of the Dead (2005), Diary of the Dead is a back to basics (in terms of story, structure and budget) ‘found-footage’ horror focusing on a group of film students who witness (through the lenses of their cameras, naturally) the outbreak of the zombie plague that rips through society. While making their way across Pennsylvania in search of safety and shelter, they decide to film as much of the ensuing pandemonium as they can and upload it online. They claim this will not only serve as a first-hand record of events, but will also enable viewers to equip themselves with evidence-based knowledge and firsthand accounts, so they can use it to survive. While doing so the students discuss the power of film, media and the news, and how this power is increasingly exploited by those in power for political, personal and economic gain. In the time of post-truth politics, these issues remain chillingly relevant. While the use of film students documenting and commenting on events enables Romero to deliver a thought provoking and effective found-footage film, it also provides him with the opportunity to ruminate on the very human need to document and record history as it unfolds. Storytelling has always been an inherent part of humankind – a way to remember, a way to understand, to share personal experiences and reveal how much a part of everything we are, how much we have in common. 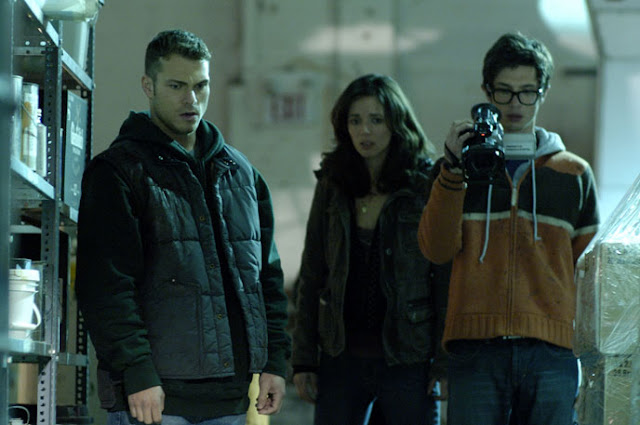 “The mainstream had vanished, with all its power and money. Now it was just us: bloggers, hackers, kids.”

Just as he did with his previous Dead films, once again Romero holds a mirror up to society, and what it reflects back is not pretty. Diary unspools as a thoughtful commentary on the strengths and weaknesses of emerging media, trust and accountability in news broadcasting, the use of technology, social media and the internet to disseminate news, and, interestingly, the use of what we now refer to as ‘fake news’. Romero also considers government spin and media manipulation and the ensuing confusion and outright panic this can bring about in wider society. The film’s most powerful, prescient point is made when one character, recording a voiceover for the footage they’ve shot and edited together, comments: “The more voices there are, the more spin there is. Truth becomes that much harder to find. In the end it’s just noise.”

As the students make their way across the state of Pennsylvania it becomes obvious mass hysteria has taken hold, no one knows what is going on, and it’s possible the world has been brought to its knees. They encounter small pockets of survivors. The actions of these groups speak to how humankind fractures and copes in different ways, how people react when the leaders they turn to for guidance, help and support are conspicuous by their absence. Watching the film today, it was difficult to not draw parallels with the current Covid19 pandemic, the fake news reports causing panic and confusion, and the political leaders coming under criticism for not acting quickly enough to deal with a deadly virus outbreak.

The final act turns to the Gothic, with strong allusions to Edgar Allan Poe’s The Masque of the Red Death and the notion of a privilaged few attempting to ride out the apocalypse from the safety of a plush and fortified home, while everyone outside is left to die. The students eventually find supposed sanctuary in the vast, gated house of a classmate, who appears to be engaging in a debauched party-for-one, taking drugs and drinking copious amounts of booze to try and escape the seeming inevitability of death. The eventual toll of screen fatigue and rolling-news information overload appears to reach an unsettling conclusion in one moment, as several students appear to have lost the ability to differentiate between reality and the moving image, and they reenact a scene from their horror film, as one of them is chased through the woods by real zombies.

Diary of the Dead has aged remarkably well and continues to be scary and deeply unsettling because of how prescient it is.
George Romero Living Dead Pandemic Socio-Political Commentary Zombie Film