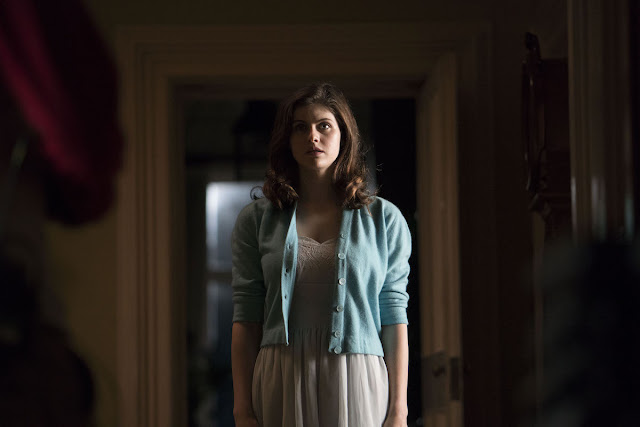 Adapted from Shirley Jackson's 1962 Gothic novel of the same name, director Stacie Passon's sophomore feature film tells of the intense relationship between two sisters who, along with their ailing uncle (Crispin Glover), live in a large, lonely house on a vast estate outside a small New England town. Several years prior, the older sister, Constance (Alexandra Daddario), was acquitted of the murder of her parents, by poisoning, and the sisters are shunned by the townspeople. When their estranged cousin Charles (Sebastian Stan) arrives unannounced for a short stay, his prying presence shatters the sisters' claustrophobic little world and threatens to unearth long buried family secrets.

Admirers of Jackson's novel, and her literary work in general, will find much to appreciate here. The screenplay by Mark Kruger is a very faithful adaptation, and, true to the source material, its main themes also centre on isolation, familial dysfunction/disintegration and the persecution of marginalised characters (the complex, inner lives of which are brought vividly to life by a sterling cast, all of whom, particularly Daddario and Glover, deliver richly nuanced performances). Like several of Jackson's other novels, the drama here unfolds within a large house where myriad dark deeds were carried out. Indeed, the lonely house becomes a manifestation of the internalised worlds of the characters, as it stands in isolation, away from the prying eyes and sharp tongues of the narrow-minded townspeople; it's a sanctuary as much as it is a prison.

Unfolding as a quiet and curious character study, We Have Always Lived in the Castle benefits from Passon's measured direction and pacing, as she quietly establishes the secluded world the sisters inhabit and the daily tensions they face. Jackson's characters are frequently obsessive, neurotic and marginalised women, stifled by their domestic circumstances, their communities and their families, as they futilely struggle to attain their dreams. They are often rendered unsure of themselves and their place in the world. The Blackwood sisters are scorned and feared by the townspeople; they are like ghosts trapped in a purgatorial existence. The younger sister Merricat (Taissa Farmiga) is the only one who leaves the estate to venture into town when supplies and library books are needed. She practices protective magic by burying certain totemic heirlooms and personal objects around the grounds of the house to ward off evil. 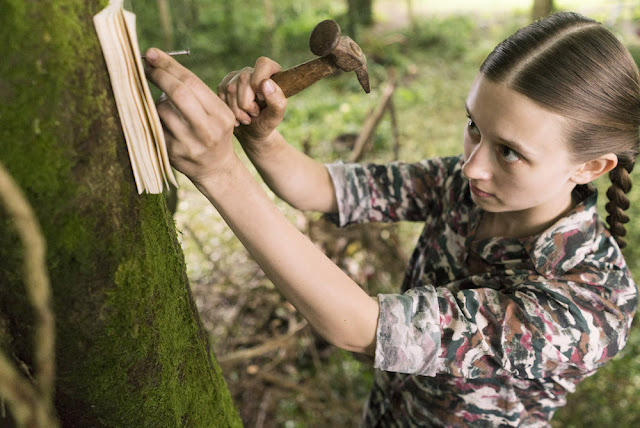 So much is implied through the interactions and reactions of the characters, particularly the sisters' wariness of anyone outside the house or family unit. While there were already cracks showing within their relationship, tensions continue to build and fissures widen as boisterous cousin Charles begins to aggravate matters, driving a wedge between them and antagonising their already precarious mindsets. Passon ensures an uneasy atmosphere is sustained throughout, and with layered storytelling, complex characters and a haunting finale, she weaves a darkly Gothic tale of mystery and tragedy that fans of Shirley Jackson's work will delight in.
Adaptation American Gothic Female Gothic Gothic Horror Gothic Literature Shirley Jackson

Christine Hadden said…
I just watched this one the other night. I enjoyed it a lot. In particular the two girls were perfectly casted. It is an unusual film, albeit a little slow but that was part of its charm--the build up to the ending. Jackson's writings are quirky, which I really love!! The relationship between the sisters, with their odd, neurotic behavior was endearing nonetheless, and in the end blood is thicker than water, which is almost always the case! It almost felt like I was watching a Wes Anderson horror film-- and how much fun would that be!?
25 August 2020 at 22:48