Lurking on the Book Shelves: Women in Horror 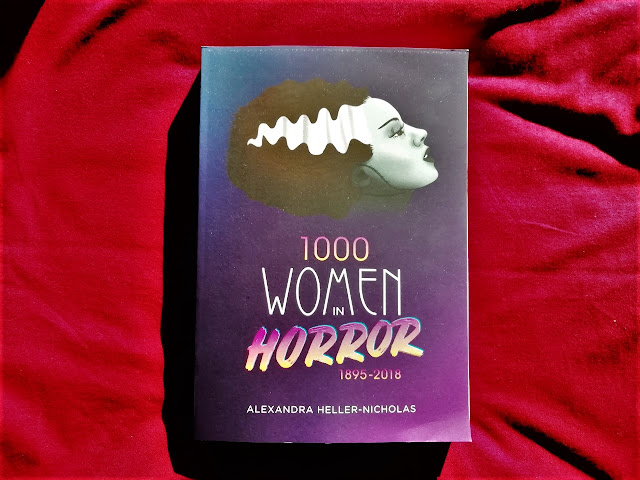 Film critic, academic and author Alexandra Heller-Nicholas's 1000 Women in Horror 1895-2018 is an exhaustive love-letter to the vast numbers of women who have worked in horror cinema, both behind and in front of the camera, for over a century and whose contributions are so often unfairly overlooked in favour of their male counterparts. The work of these women has left a significant mark on the genre and helped make horror cinema what it is today. From the Classical Hollywood era to alt-Nollywood, the mumblegore movement to J-horror, 1000 Women in Horror contains a filmography of over 700 feature films directed or co-directed by women and features interviews with filmmakers including Tara Anaïse, Anna Biller, Axelle Carolyn, Aislinn Clarke, Julia Ducournau and Karen Lam.
In a recent interview with EW, Heller-Nicholas said "When we think of women in horror, we default to Janet Leigh or Texas Chain Saw Massacre, those really iconic images from horror films. We think of terror as being embodied through women’s bodies — screaming and running. I really wanted to explode that a little bit and say the person at the editing deck might be a woman, the person in the director’s chair might be a woman, the cinematographer might be a woman. If we move outside of the ‘single male genius’ who else is working on this stuff? And it turns out there’s actually some pretty amazing people, and some of them are women." 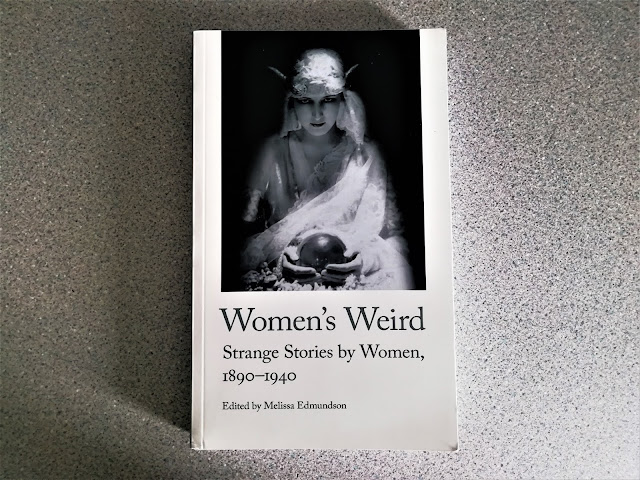 Edited by Melissa Edmundson, Women's Weird: Strange Stories by Women 1890-1940 celebrates women's contributions to Weird fiction, and addresses the failure to read and appreciate women's supernatural writing equally alongside that of men. Edmundson, who researches and publishes on nineteenth and early twentieth century British women writers, particularly women's supernatural fiction, brings together a potent collection of Weird short stories from authors such as Charlotte Perkins Gilman, Edith Nesbit, Edith Wharton, May Sinclair, DK Broster and Margery Lawrence. Spanning the period from late nineteenth century to the eve of the second world war, the collection showcases a plethora of themes and represents the various ways women writers interpreted the Weird in their writing.
As Edmundson notes in her introduction: "Women's Weird Fiction in these decades incorporated other themes besides the primarily domestic concerns of earlier supernatural fiction, and, while many later stories are still concerned with gender, they also explore more universal imaginings of fear, unease, and dread. This collection surveys some of these experimental forms to show how these authors moved beyond the traditional ghost story and into areas of Weird fiction and dark Fantasy." 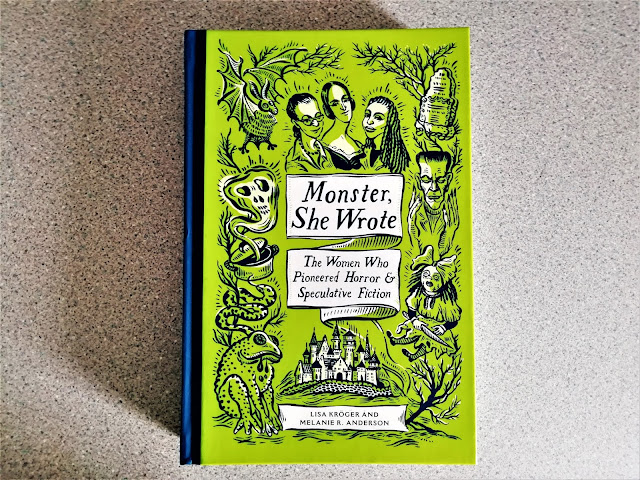 Horror and speculative fiction would not exist without the women who helped create it. Mary Shelley's classic Frankenstein was just the beginning. With Monster, She Wrote, a beautiful publication from Quirk Books, authors Lisa Kröger and Melanie R. Anderson introduce readers to more than a hundred women authors and over two hundred of their chilling and horrifying works. From influential icons such as Mary Shelley, Shirley Jackson, Ann Radcliffe, Daphne du Maurier, Anne Rice, Angela Carter and Susan Hill, to forgotten visionaries like Margaret 'Mad Madge' Cavendish, Regina Maria Roche and Vernon Lee, Kröger and Anderson explore an abundance of spectral intrusions, unspeakable horrors, domestic demons and the women who unleashed them. With an overview of each author's life and work, and a reading list with recommendations and related works, this is an essential work for anyone eager to explore the work of women who "defied convention to create some of literature's strangest tales." 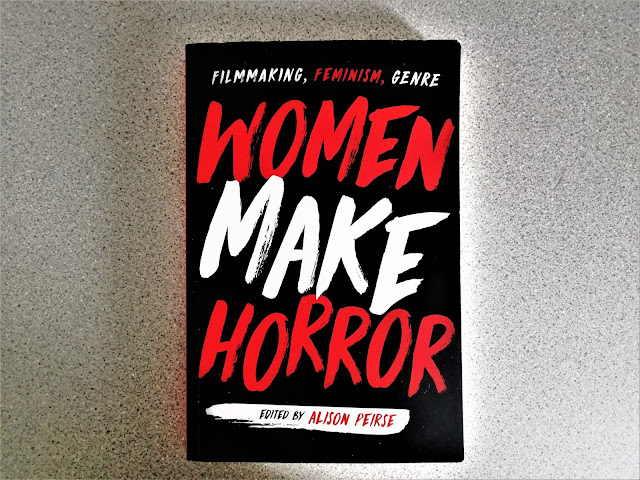 Edited by Alison Peirse, an associate professor in film and media at the University of Leeds, Women Make Horror is the first book-length study to focus on women horror filmmakers and aims to enable readers to think differently about women filmmakers and genre cinema. Comprised of a set of essays it seeks to demolish assumptions and misconceptions based on decades of flawed scholarly, critical and industrial thinking about horror cinema and gender. The contributors, including the likes of Alexandra Heller-Nicholas, Martha Shearer, Laura Mee, Katarzyna Paszkiewicz and Amy C. Chambers, explore narrative and experimental cinema; short, feature and anthology; and offer up case studies on an international scale to assert and demonstrate that women have always made horror and have always been an (underestimated) audience for horror.
While reading this essential work I was pretty mortified to see my own work referenced as an example of how Daria Nicolodi's authorship of Suspiria (and indeed Inferno), and her influence on the production, has been perpetually downplayed, overlooked and undervalued throughout the years. While I credited her as co-writer, and noted the tales of the occult and witchcraft (told to her by her grandmother) she regaled Argento with, by referring to her as a 'muse' I unintentionally rendered her passive, and didn't give her credit as the influential force Martha Shearer reveals her to be (see Chapter 4. 'The Secret Behind the Door: Daria Nicolodi and Suspiria's Multiple Authorship, pp 47-59). If ever I have the opportunity to revise my book for a second edition, this will be top of the list.
Books Film Studies Women In Horror