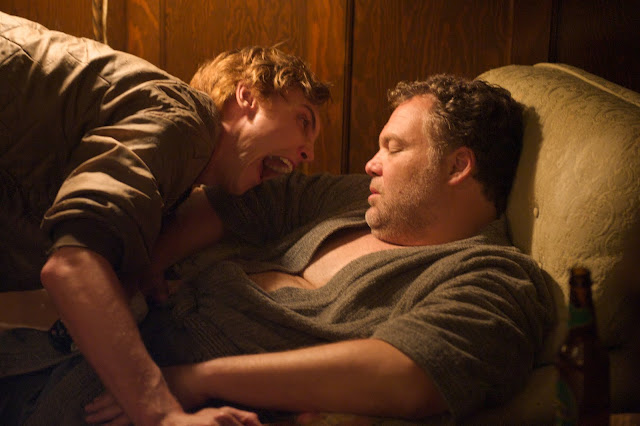 Held captive by a serial killer since the age of 8, a teenaged boy must choose between escape or becoming his captor's unwilling protégé. Written and directed by Jennifer Lynch (based on a screenplay by Damian O'Donnell) Chained is an unflinching exploration of how monsters are made. As with her earlier titles Boxing Helena (1993) and Surveillance (2008), Lynch invites us to explore the darkest corners of human psychology, and the violent depravities people inflict upon one another. Shot in two weeks on a very low budget, Chained at times resembles a stage play, with its singular location and story driven by two characters. After a queasily suspenseful opening in which a woman (Julia Ormond) and her young son are abducted in broad daylight, the story, like its young protagonist Rabbit, becomes bound to the grim interior of the killer’s house, with its boarded-up windows, yellowing wallpaper, and harsh lighting. Lynch conjures a moody, ‘homey nausea’* which speaks to the rotten, decaying heart of this home, and an almost unbearable sense of claustrophobia. Her explorations of the ‘limitations of being held’ (which were also explored in Boxing Helena and Surveillance) extend beyond the characters and into the actual production design. Her use of space to explore ideas about confinement and suffocation is particularly striking, with the juxtaposition of the yellowing, shadowy interior of the house against the starkly bright, remote and desolate landscape upon which it is situated.
As a study of what could cause someone to become a serial killer, Chained is frequently uncomfortable viewing. Lynch’s screenplay and Vincent D'Onofrio’s performance as Bob build a complex character which reveals more of itself as events unfold. Lynch’s approach is to study how monsters are made and why they might do the dreadful things they do. Bob is humanised but his actions never excused or justified, and Lynch paints a vivid picture of the effects of cyclical violence and the perpetuation of horror, pain, and abuse. The violence is never stylised, it is raw, haphazard, and at times even clumsy as the hefty Bob struggles with his victims while a terrified Rabbit looks on. Eventually this grim scenario takes on a weirdly monotonous tone - Bob leaves to abduct and bring home women, upon his return they struggle, he eventually drags them into his room while Rabbit observes in silent horror. This tone effectively highlights the idea of the desensitisation of violence, and the dehumanising effects of this upon Rabbit (portrayed as a young boy by Evan Bird, and by Eamon Farren as a teenager). 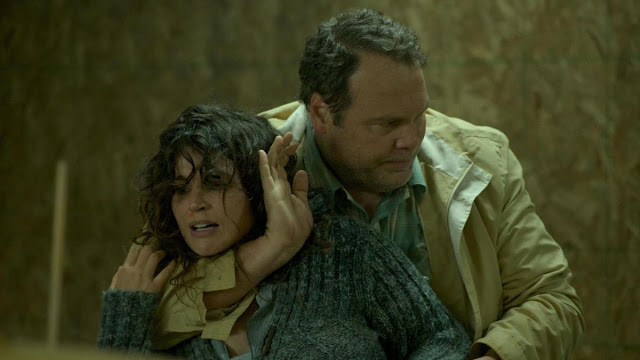 At the heart of the story is an abusive relationship. Over the years a pseudo father-son bond emerges from Bob and Rabbit’s ‘role playing’ as it becomes clear Bob wants Rabbit to inherit this bloody legacy. Weird domestic scenarios play out as Rabbit prepares food and awaits Bob’s return each night, while Bob sets out precisely folded clothes for Rabbit to wear each day. Ideas regarding Stockholm syndrome, learned behaviour, child abuse, nature vs nurture, morality, and free will all bleed together as Lynch examines the effects of violence and abuse, and what happens when the roles of victim and monster become blurred. While the ending feels very rushed and tonally jarring – it is intensely melodramatic and oddly unnatural (Lynch was contractually obliged to submit a final cut under a specific running time) - Chained is still an incredibly bleak and stifling viewing experience. Lynch’s writing, direction, and fascination with the psychological complexities of the characters elevate it to a disturbing and grimly compelling work.
*PremiereScene (2012), Chained UK Premiere - Jennifer Chambers Lynch Interview [Online video], Available at: https://www.youtube.com/watch?v=gON1Pg5qQGw
Domestic Horror Jennifer Lynch Psychological Horror Serial Killer