Audiodrome#9: The Devil In Miss Jones 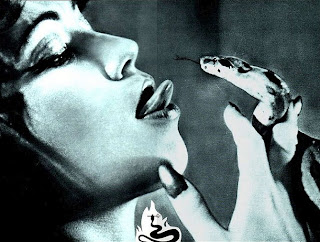 Head over to Paracinema.net to read my review of Shuman’s wistful score. Feel free to leave a comment over there too if you're up for chatting about it.

Team Paracinema are also attempting to obtain some funding so they can make the magazine EVEN better. YOU can help. Just head here, log in via Facebook, search for 'Paracinema' and vote. We'd really appreciate it. Thank you.
Audiodrome Film soundtrack Paracinema Magazine

Anonymous said…
We've only ever heard of this film, but never really plucked up the courage to actually watch it as it never really struck us as a good movie to watch of an evening when all your friends come round for a chat and to relax.
Therefore it's going to be a case of fitting it in when we can. But the idea sounds intriguing and we do intent to get round to it.

systemshocks said…
Strange and interesting choice, James. I'm heading over there now to check it out.

btw, Have you seen who is the guset of homour at this year's Frightfest in London? Hoping Starburst will spring me a ticket...
29 June 2012 at 15:41

James Gracey said…
I just had a look on their website!! I want to go now too!! I've actually never been to Frightfest before. Have you? If Starburst spring you a ticket and you need someone to carry your notebook and pen or whatever, just let me know... ;)
29 June 2012 at 19:38

systemshocks said…
I'll do what I can, buddy. I've only been a couple of times before, once to see Exorcist: Dominion and again a couple of years to see Tobe Hooper's Eggshells. Work has always prohibited but this year I might have to make myself available!
1 July 2012 at 15:41