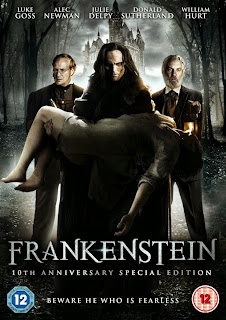 Mary Shelley’s classic Gothic novel Frankenstein tells of a scientist who plays God by creating life from death, and the dire consequences that befall him as a result. Its potent themes of science, religion and morality have ensured its relevance to this day, and, with a plethora of adaptations throughout the years, it has become a permanent fixture of horror cinema.

This rather lacklustre TV adaptation comes courtesy of Kevin Connor, the man behind titles such as Amicus anthology From Beyond the Grave, The Land that Time Forgot and schlocky backwoods slasher Motel Hell. It comes as something of a surprise then, that this version of the classic chiller is so weak and uninspired.