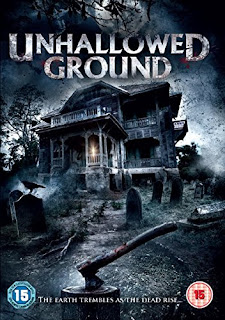 During the 17th century, students of a prestigious school are spared a gruesome death by plague after they ritualistically murder four of their own in a Satanic pact.

In present times, the building is still used as a boarding school, and when it shuts down for midterm holidays, six students from the cadet corps must remain behind to patrol the grounds as part of an initiative in basic military training.

As the night progresses, personal conflicts become apparent within the group, and as they delve deeper into the history of the school, they are beset by increasingly odd occurrences...

James Gracey said…
It was actually quite well made - good cast, nice cinematography and suitably foreboding location - but it just failed to do anything very interesting. Shame, really - much potential.