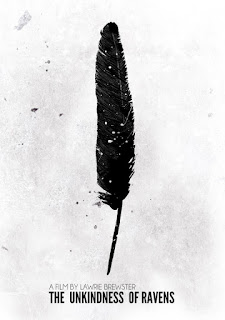 Filmmaker Lawrie Brewster once claimed he was “committed to making serious, alternative horror films that aim to tell genuine, emotionally-driven stories with intriguing characters set against backgrounds filled with mysterious lore and mythology.” With his feature debut, Lord of Tears, he lived up to this promise, co-creating, with writer Sarah Daly, one of the most atmospheric, strangely moving and unsettling filmic ghost stories in quite some time. His latest film, The Unkindness of Ravens - which tells of an army veteran besieged by a legion of demonic ravens in the highlands of Scotland - looks set to further establish him as a creator of unique and striking horror cinema…

You’ve just completed filming The Unkindness of Ravens. When will it be released?

Using Kickstarter, we're hoping to get some finishing funds to complete the soundtrack for the film, produce DVDs and launch a marketing and distribution campaign. All going well, the film should be complete and ready for release in the summer of 2016.

What inspired you while working on The Unkindness of Ravens?

We've really worked hard to try and make The Unkindness of Ravens feel like something totally unique, but that said we've drawn some influences from other horror movies I love. Some of them might almost seem like contradictory influences too, for example the film has the claustrophobia of The Evil Dead, but the epic and nightmarish visceral quality of Hellraiser. It also has a serious drama side that might remind folks more of films like Kill List and Jacob's Ladder. We also have a very hard edged pagan influence to the film that definitely will remind some people of The Wicker Man... Basically imagine The Wicker Man and Hellraiser combined into some kind of heinous screaming beast and you'll be about there. Besides film, a massive influence comes from ancient mythology, I'm something of a literature and ancient history geek, so our films always find strange and unsettling horrors to bring back to life. 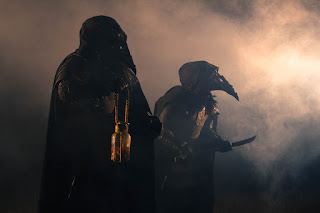 Where did the inspiration for the Raven Warriors come from?

We've always been fascinated by theology and mythology, it's where we drew the Owl Man from and also where we found inspiration for the Raven Warriors, who, if you watch the film closely, you will find have a strange connection to the Owl Man. In mythology, ravens and crows are often associated with death and also with the battlefield, from the Norse Valkyries to the Celtic Morrigan. By sheer coincidence - or strange fate - the only catering available near our shooting location was at a restaurant called the Blackbird Inn and the adjoining Raven Lounge pub! We drew from these mythological sources but created our own rich mythos, which you see glimpses of in the film, but which we'll go into in more detail in the literature we'll include with the film. With Lord of Tears we produced a 400 page digital Production Diary and we plan to do the same for The Unkindness of Ravens so there'll be plenty of lore for fans to delve into! 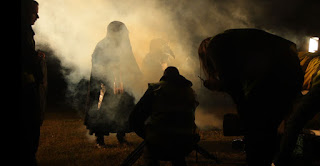 Were there any particular challenges with making the film?

Well, shooting out in the Scottish wilderness will always have its challenges. We never stopped shooting because of the weather, but often had to adapt... or just get drenched. We also didn't have a huge budget to work with so we had to be very clever with how we shot things, making every penny count, and also using our VFX skills to elevate the look and style of the film as much as we could. Since we're a small, independent outfit, many of our crew had to multi-task on the production. For example Michael Brewster, our cinematographer, had a plethora of roles including VFX artist, T-shirt model, amateur taxidermist, as well as appearing in the film as a mad, eyeless ghost. Every film has its challenges though, whatever the budget. Putting the best story you possibly can on the screen is what you always strive for and with a lot of hard work and a great team, I think we've managed to do that here. 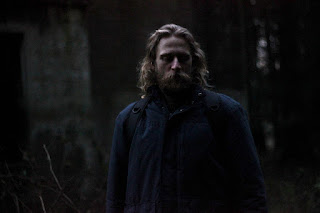 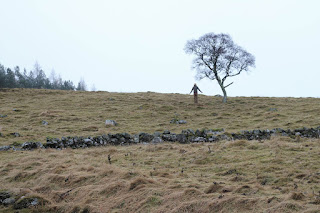 Did you experience any creepy occurrences on the set?

Driving back to our location after a feed at the Blackbird Inn one misty night, on a country lane in the pitch black Scottish winter, we happened upon an old lady, standing in the middle of the road. No one else around, no lights or other cars for miles. We stopped to see what she was doing out there all alone, wandering along the road in the absolute darkness, pretty certain we'd stumbled on some local ghost. But it seemed the poor old dear's car had broken down on her way to see a friend and she'd been looking for help for hours. We managed to get her car started and saw her safely on her way. Relief all round! We make and love horror movies, but we're all wusses when it comes to the supernatural creeping into real life! Also, while shooting outdoors one night at 2am, the sky lit up with a massive fireball coming from the hills opposite. A series of loud explosions followed. We were terrified, thinking in our sleep-deprived state that we were under attack, and planning our apocalypse survival strategy. Turns out it was some kind of military training exercise... 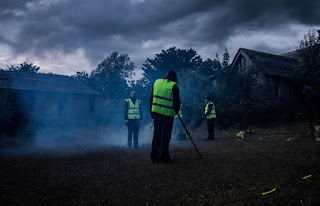 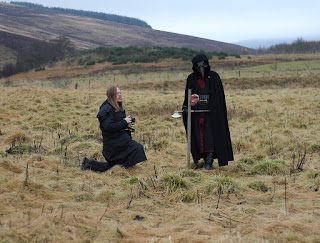 The mainstream is becoming more and more narrow in the kinds of films it produces. To recoup their huge budgets they need to tell stories with mass appeal - and that's fine - but it means that mainstream cinema no longer creates risky, original content. More than ever, it's up to independents to tell those kinds of stories. Kickstarter allows niche audiences to decide what they want to see, and lets them help bring those projects to life. It's an important source of funding for stranger, riskier films, and I think its success proves that audiences do feel starved of original content. If it weren't for places like Kickstarter, films like ours that don't have big named actors or well-known branding would really struggle to get funded and produced. So, that's a big reason. Also, we love the way that Kickstarter lets us connect more closely with our audience – you find a lot of kindred spirits who are hungry for the same kinds of stories as you are, and it really bolsters you through the often lonely and difficult process of making and marketing a movie to know that they're on the journey with you, supporting what you're trying to do. Finally, since The Unkindness of Ravens is in post-production, we feel like we've minimised any risk to our backers, so they can feel good about pre-ordering the film, and in the process, helping the film get finished.

What's next for Lawrie Brewster and Hex Media?

Well, we're currently producing a slate of films in conjunction with Dark Dunes Productions. The next of these is Automata, which we've actually already shot and hope to finish some time next year. We'll also be shooting two more films next year as well as working with other directors to produce an anthology of horror shorts. So, no rest in sight!