The Unkindness of Ravens

November 15, 2015
With Lord of Tears, director Lawrie Brewster and writer Sarah Daly created a truly haunting piece of work; one that marked them as a creative team to keep an eye out for. With its striking imagery, spooky Gaelic-Gothic atmosphere, intriguing folklore and creepy-as-hell antagonist, it was a rich and full-blooded ghost story, perfect viewing for these dark winter nights. For those who have seen, admired and been quietly unsettled by Lord of Tears, there is good news: Brewster and Daly have just finished work on their follow up film, The Unkindness of Ravens. 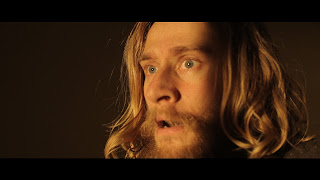 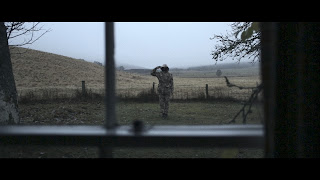 Shot on location in Fife and Perthshire, Scotland, the film seeks to explore the effect of the horrors of war on the human mind through the media of beautiful poetry and brutal violence. It tells of Andrew Alburn (Jamie Scott-Gordon), a homeless veteran suffering from PTSD. Plagued by flashbacks of the traumatic events he witnessed while serving in the armed forces, he is persuaded to venture out to a retreat in the remote Scottish Highlands in order to overcome his fear of ravens, the dark creatures that populate his terrifying visions. In this bleak wilderness however, his nightmares manifest into an enemy more powerful than he could ever have imagined, and he must battle monstrous entities and inner demons alike in order to keep his life, and reclaim his sanity. 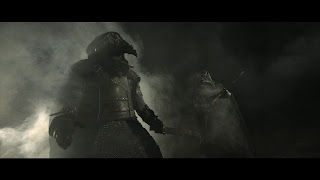 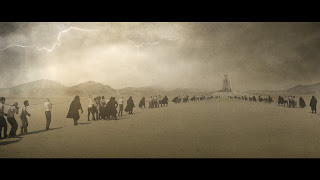 Much like Lord of Tears, The Unkindness of Ravens looks set to be an imaginative and original horror film that blends the psychological with the supernatural in a nightmarish tale of one man's journey into hell. Despite its low budget, The Unkindness of Ravens is extremely ambitious. Aside from featuring original practical effects and tastefully-used CGI to give life to its sinister antagonists, it also takes a serious, artistic approach to its subject matter.; by exploring the human cost of war, it puts the audience in the mind of a man desperately fighting for his life long after the war has ended.

The filmmakers are currently running a Kickstarter campaign to help them raise funding to finish the movie. You can help out by going here. You can also keep up to date with the filmmakers’ work on Facebook and Twitter.
Lawrie Brewster Psychological Horror Sarah Daly Scottish Horror Supernatural Horror The Unkindness of Ravens