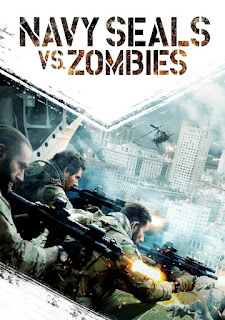 With its elementary plot-by-numbers, pallid execution and rudimentary story, Navy SEALS vs. Zombies is a highly unremarkable film indeed. It tells of a crack team of Navy SEALS charged with extracting the Vice President from a situation gone bad in New Orleans. What the team doesn’t know is that the ‘situation’ is a viral outbreak that turns the infected into flesh-hungry hoards of ravenous zombies.

Even the appearance of Eighties action legend Michael Dudikoff, who features in a glorified cameo, can’t save the day, as this film ultimately possesses no discernible qualities to elevate it above, or even help tell it apart from any other mediocre straight-to-DVD zombie flick.