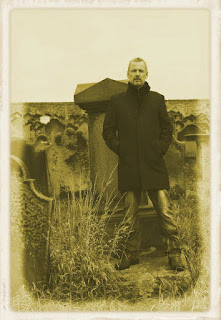 The horror community has suffered a sad and sudden loss with the death of Richard Gladman, founder of the Classic Horror Campaign and editor/publisher of Space Monsters. Richard was battling cancer and undergoing treatment when he passed away in hospital at the weekend. Perhaps best known to some by his online username, Cyberschizoid, Richard was, amongst many other things, a huge advocate of the UK horror scene; he founded the Classic Horror Campaign, which sought to reintroduce vintage horror double bills to BBC 2, and Frighten Brighton, an annual horror film festival based in, you’ve guessed it, Brighton.

A life-long fan of horror and sci-fi cinema, Richard contributed to myriad print publications such as Shock Horror, Scream and Rue Morgue, as well as many online publications like Haunted and Spooky Isles, and he hosted various film screenings in London, Manchester and Brighton.

While I never met Richard personally, we exchanged emails over the years and I was always really inspired by his boundless passion and enthusiasm for horror, and by his tireless advocacy of the British horror scene. He was one of the first people I became friendly with online after I set up this blog, and he always seemed to be working on a project he cared deeply for. I think I'd always just assumed we’d meet one day, and I’m sorry that never happened. He was very highly thought of and will be sorely missed.
Cyberschizoid Obituary Richard Gladman