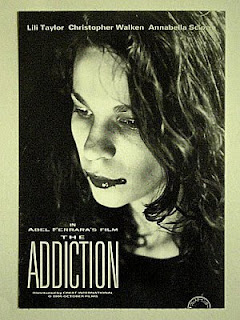 When New York philosophy student Kathleen Conklin (Lili Taylor) is dragged off the street down a dark alley and bitten by a strange woman, she begins to turn into a vampire. Being somewhat predisposed to philosophical contemplation, Kathleen considers her rapidly changing perspectives on the nature of evil, addiction and humanity. Soon, her need for blood begins to consume her life and she realises that her very existence may have to be dedicated to finding her next fix...

“The entire world's a graveyard, and we, the birds of prey picking at the bones. That's all we are. We're the ones who let the dying know the hour has come.”

In Ferrara’s earlier, no less gruelling film Bad Lieutenant, the character of Zoe (Zoë Lund, who also co-wrote the screenplay) declares "Vampires are lucky, they can feed on others. We gotta eat away at ourselves." In this line of dialogue the nature of addiction is addressed with a dark poetry that rings true, and with The Addiction, a deeply philosophical vampire tale, Ferrara takes this concept quite literally, while once again contemplating the all-consuming nature of addiction. The title refers to the protagonist’s growing addiction to blood, mirroring that of drug addiction. Ferrara subverts the usual vampire genre conventions and presents vampirism as addiction – a metaphor for drug addiction – the physical need to consume blood, and deftly approaches the notion from a highly intellectual angle. Vampires spouting philosophical discourse and exhibiting a preoccupation with the existentialism of their predicament, is the order of the day. And it’s all set to an oxymoronic hip-hop soundtrack (!). 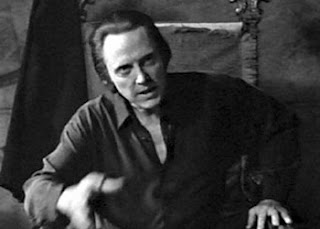 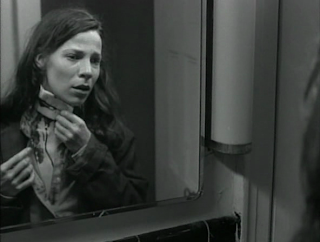 The Addiction eschews the usual narrative structure in favour of a series of almost vignette-like scenes in which characters debate, hypothesise and engage in heavily intellectual discussions. This may sound tedious, but really it’s all provocative stuff, even though at times it might make one feel as though they’re visiting the staff room of the philosophy faculty. The ‘narrative’, as it is, follows Kathleen as she gets to grips with her new needs. Her initial tentative steps to retrieve blood, and then her struggle to control the power she wields, the superiority she feels over other people. Her encounter with strange, centuries-old uber-vampire Peina (Christopher Walken), who has gone cold-turkey, soon puts her in her place again. The violence when it occurs is raw and real – no deftly precise fangs here, its all blunt gnashing and chewing at fleshy throats.

‘The violence of my will against theirs.’

When Kathleen is attacked her ‘turning’ occurs quickly – Ferrara is more concerned with how she deals with it on an intellectual, psychological level. Issues concerning HIV/AIDS are also briefly addressed and Kathleen is told early on that, contrary to what she believes, it is not a contagious virus that is eating away at her body. When she realises what is happening to her, she faces it head on and critically analyses it with morbid precision. Self-determinism, free will and fate are all considered along with meditations on what suffering, guilt, pain and freedom really are. As Kathleen is a philosophy student, she delves into the work of Nietzsche, Sartre, Heidegger and Kierkegaard as she questions and probes her newly acquired state of being/existence. Occasionally Ferrara touches on a few old-school conventions, or at least ensures they’re in the background, such as the shots of mirrors covered up with drapes.

“Our addiction is evil. The propensity for this evil lies in our weakness before it. Kierkegaard was right - there is an awful precipice before us. But he was wrong about the leap - there's a difference between jumping and being pushed.” 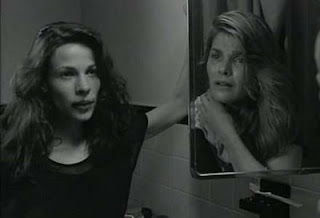 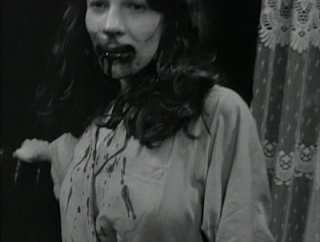 The backdrop of the morbid tale is a typically Ferrara-esque New York, all grimy streets, cluttered apartments, bleak decay, steamy sidewalks and derelict-ridden alleys. The Addiction is a very serious film; its at times lofty adherence to its contemplative subject matter is stifling and weighty; but never dull. The nature of evil is pondered and discussed in depth throughout, with references to the Vietnam War and Nazi Germany; indeed the film opens with a slideshow of images from throughout human history charting numerous atrocities and acts of inhumanity carried out. The very obvious but extremely fitting metaphor of humans literally feeding off each other is dragged out into the stark light of Ken Kelsch’s brooding cinematography for all to see.

Moody, bleak, overwhelmingly pessimistic – many may find it challenging to sit through all the weighty conversations and verging on indulgent contemplations; but its worth it – The Addiction is a meaty film with lots of ideas and disquieting notions about the human condition to sink your teeth into.

“To face what we are in the end, we stand before the light and our true nature is revealed. Self-revelation is annihilation of self.”
Abel Ferrara Existential Horror Metaphor Morality Nineties Film Philosophical Social Commentary Vampire

The Mike said…
This is really great. I've been hoping to track down this flick someday, might try to speed that process up soon.
25 June 2010 at 07:14

Franco Macabro said…
Wasnt even aware that Ferrara had made a vampire movie! Gonna have to check this one out. Interesting how many of his films have to do with drug abuse, Im sure he mirrors his own drug use on these...I heard the audio commentary for The Driller Killer, and it was so obvious he was high as a kite! It was kind of sad, but funny as well...

James Gracey said…
Yeah, he's obsessed with the idea of addiction and obsession. There's something about his work I love - The Addiction, for me, is up there with The Funeral and King of New York. He is just so unrelenting!
26 June 2010 at 09:40