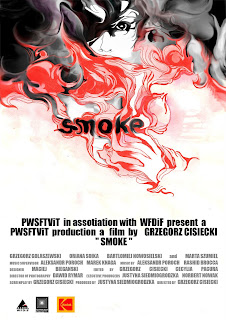 A young man (Grzegorz Golaszewski) has moody visions/flashbacks to a series of increasingly macabre and downright bizarre incidents that may be his interpretation of a love affair gone wrong.
Adopting the role of Charon-like driver, he chauffeurs another man to some sort of private club where people sit around immaculately laid tables and seemingly indulge their dark fantasies. A young woman (Marta Szumiel) reappears fleetingly throughout his visions and the introduction of a mysterious Dictaphone seems to threaten him with truths he’d rather not hear…

Meanwhile, people stare pensively and longingly at one another and writer/director Grzegorz Cisiecki, who hails from Minsk, Belarus, rummages through themes and concepts such as paranoia, desire and longing with myriad beautiful images that waft about each other like some spectral puzzle slotting into place.

Are these dreams? Fears? Cryptically significant moments blurred by the skewed logic of memory?

A languid cacophony of striking images, and a deeply ominous soundtrack, courtesy of Rashid Brocca and Aleksandr Poroch, which easily recalls the eerie rumblings and reverberations of David Lynch’s films, holds sway over proceedings, enhancing the dreamlike state the story exists in. Indeed, Lynch’s influence appears to trickle, nay, gush throughout Smoke, as the narrative becomes increasingly abstract and the atmosphere denser with surrealism. Everything seems caked in meaning and is elegantly captured by Dawid Rymar's cinematography.

You might not know, or even care, what is going on in the wafting narrative, but you can’t deny that Grzegorz Cisiecki has an eye for perversely beautiful imagery and the ability to evoke an atmosphere pregnant with foreboding and intrigue. 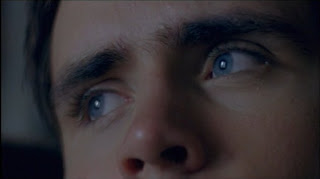 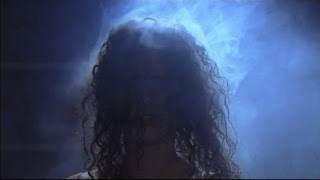 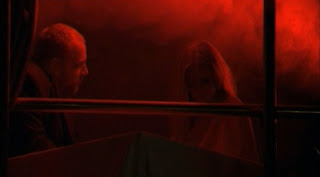 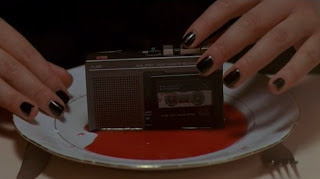 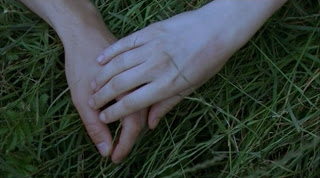 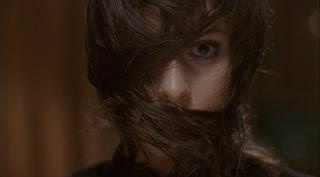