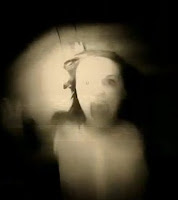 The Last Light is a moody, atmospheric and old fashioned haunted house yarn – perfect viewing on All Hallow’s Eve… Read more about the film here.
Tickets are £10 and this includes wine and nibbly things, a red carpet walk and a screening of the film followed by a cast and crew Q&A.

Tickets can be purchased here, or at the box office at The Strand. Also screening in Belfast in the run up to Halloween is the second annual Halloween Horrorthon at the Waterfront Hall's Movie Bar on Friday 28th. Kicking off at 8.30pm, the marathon this year consists of a trek through some of the most imaginative, 'colourful', blood-spattered and low budget terror flicks of the 80s...
Frank Hennenlotter's deranged and oddly touching Basket Case, Don Coscarelli's creepy, trippy nightmare flick Phantasm, Stuart Gordon's darkly funny, exceedingly splashy take on Lovecraft's Herbert West misadventure Re-Animator, and the one and only The Evil Dead, which really needs no introduction.

There are a limited amount of tickets remaining for the Horrorthon and these can be booked here. Alternatively, if you're based in or around Belfast, head over to Movie Bar organiser John Baxter's fine blog Knifed In Venice for the chance to win a couple of tickets for the horrorthon. Happy Halloween!

There are also a host of horror screenings at the Queen's Film Theatre. Apparitions: The Spectral Screen includes The Shining, The Blair Witch Project, The Innocents and Ringu, to name but a few.
Belfast Indie Film Low Budget