March 20, 2012
Italian rock musician turned horror director Federico Zampaglione’s eagerly-awaited third feature, Tulpa, has just gone into production. Zampaglione should be familiar to fans of Italian horror as the director of Shadow (2009), a film that was hailed as a true return to form for Italian horror – an aspect of that country’s already rapidly dwindling cinematic output, long thought to have exhaled its last breath with Michele Soavi’s ravishing Dellamorte Dellamore (1994). Tulpa, should please fans of Argento, Bava, Martino et al as it’s been described as a “neo-giallo with strong psycho-sexual tones and scenes of extreme violence.” The film's production company has released these stills, from which we can see just how much of a vintage giallo feel Zampaglione is aiming for... 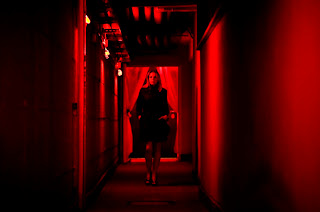 The story revolves around Lisa Boeri, (portrayed by the director’s partner Claudia Gerini), a respectable and upwardly mobile businesswoman by day, who frequents the notorious sex club ‘Tulpa’ by night in search of ‘dangerous forms of pleasure.’ When her various lovers are brutally murdered, she attempts to evade public scandal and is plunged into an increasingly nightmarish web of paranoia, bloodshed and shadowy psychosis. Gerini has said that this is “the most challenging and controversial role of my career.” 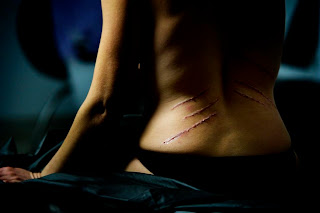 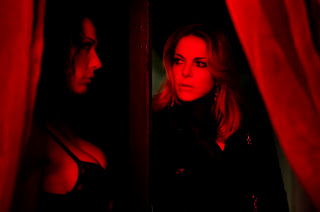 Federico Zampaglione has drawn comparisons with the likes of Rob Zombie in his native Italy; his work in music and film drawing from the same adoration of the horror genre as Zombie’s. His debut film Nero bifamiliare (2007) was a noir-tinged and darkly comedic domestic drama about a couple's new life in the country coming under threat by their mysterious neighbours. His second feature Shadow (2009) however was the one that put him on the horror map, marking him as a director whose influences stem strongly from Italy’s rich genre cinema, and it drew comparisons with the work of Dario Argento and Michele Soavi. The director has commented on his latest venture, revealing: “I’m very excited to start shooting Tulpa, but I’m aware it’s a very difficult film to make. I need to maintain a constant creepy and oppressive atmosphere, and the violence is actually very, very graphic. I have to prove myself. It’s a real challenge, but I’ll do my best to give new blood to the Italian Giallo.” 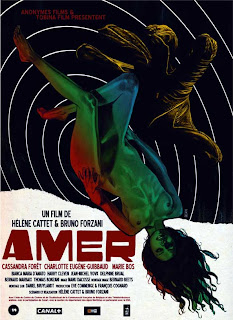 A seven-minute teaser clip of Tulpa was recently shown at FrightFest Glasgow, and was apparently greeted with enthusiastic applause. With the lurid promise of this feature, coupled with the success of Shadow, the pressure is certainly on for Zampaglione. Can he pick up where Michele Soavi and arguably Dario Argento left off in his attempts to breathe new life into Italian horror cinema? I for one can’t wait to find out!

There has been a number of interesting genre films of late that have worn their Italo-horror influences with dazzling pride. The likes of Julia’s Eyes (2010) and Amer (2009), while not strictly speaking actual gialli, certainly acknowledged their dept to the likes of Argento and Bava, with Amer – a twisted tale of sexual awakening - actually emerging as a loving homage to the visual language of the giallo. With directors such as these and Zampaglione, here’s hoping Italian horror is set for a long overdue resurgence.

You can read my interview with the makers of Amer here.