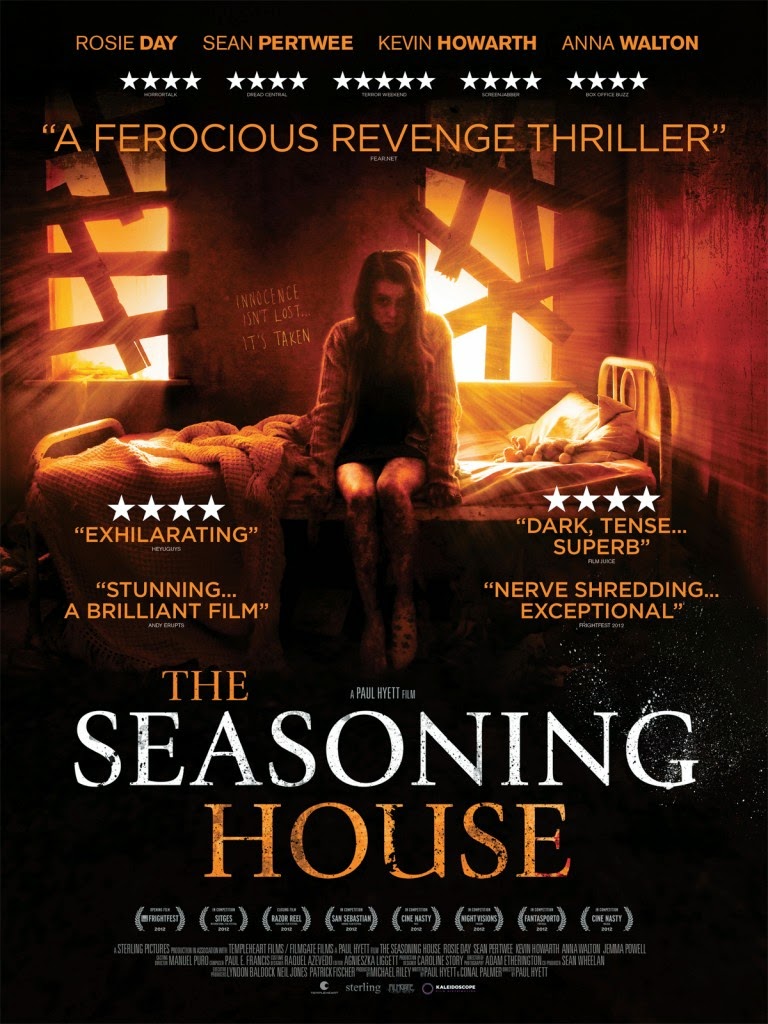 During the Balkan War, Angel (Rosie Day), a young deaf girl, watches in horror as her family are murdered by the militia. She is then abducted and put to work in an isolated house specialising in supplying kidnapped women to military personnel for sexual gratification. Unbeknownst to her captors, Angel is able to move around the house between the walls and under the floors, watching, learning, and planning her escape. When she witnesses the brutal rape and murder of her friend, Angel can no longer retain her rage and sets out to escape. But not before seeking bloody justice…

The Seasoning House is a gruelling and powerful against-all-the-odds tale of survival and revenge. While the subject matter is highly controversial, writer/director Hyett’s measured approach works to handle it with surprising delicacy, and resists the urge to stray too far into outlandish exploitation. While events are at times certainly exaggerated, the true horror emerges, fully formed, from the brutal, unspeakably cruel nature of man. Touching upon the plight of innocent civilians caught up in civil war, separated from families and abandoned by governments, Hyett’s fable-like tale demonstrates how some are utterly consumed and destroyed by extreme circumstances, while others reach into deep, primal places and will do anything to survive. Above all else though, this is a tale of how hope endures, even in the darkest of places.

As soon as the story moves into the titular location, proceedings become claustrophobic and intense very quickly. Much later, when Angel makes her bid for freedom, the various chase scenes that take place within the walls of the house, as she scrambles along cramped crawlspaces, ensure The Seasoning House becomes positively stifling. Interestingly, it shares many characteristics with Wes Craven’s The People Under the Stairs; indeed if Craven should ever remake that title, Hyett is just the man to helm it. With its subtle, fairytale-like narrative, immensely claustrophobic location, monstrously overbearing captors and utterly vulnerable young protagonists, The Seasoning House also features a heated socio-political subtext and sly commentary. Unlike Craven’s underrated suspenser, Hyett’s film features few moments of humour; it is unrelentingly tense until its conclusion – which also offers little respite. 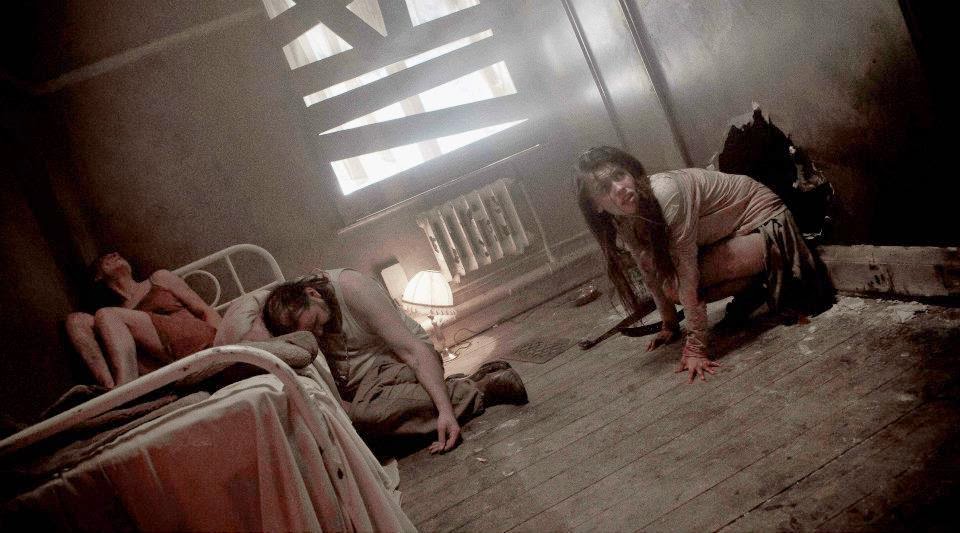 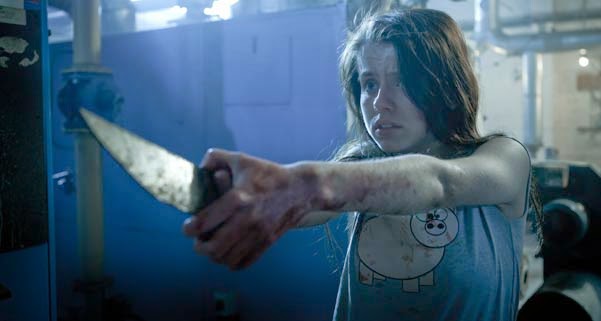 While there are moments of extreme graphic violence, these are handled in a grimy, realistic way; Hyett is more concerned with fleshing out Angel than revelling in cheap exploitation. The desperate plight of the young women imprisoned in the house, and the unspeakable acts committed against their frail bodies, not only increases the levels of discomfort and tension, but again highlights the cruel nature of man. There are those who exploit the weak and the vulnerable in times of crisis and social breakdown. To his credit, Hyett doesn’t tar the antagonists with the same brush – one or two are drawn subtly enough to suggest they have been caught up in circumstances beyond their control, and they are just as eager to survive as Angel, doing whatever it takes to stay alive. Things become more black and white as events progress though, and this bolsters the plight of Angel. By this stage though, the slow-burn approach has ignited and the explosive third act moves into genre territory, never once relenting its vice-like grip.

At the centre of The Seasoning House is a truly moving performance from Rosie Day, who makes the transition from timid mouse to merciless avenger in a subtle and believable way. There are moments of visual poetry throughout, and Hyett’s screenplay tells us that even in the darkest moments of cruelty, we can still find a spark of hope.

Drew Grimm Van Ess said…
Hmm. Haven't heard of this one. I'm going to look into it. It sounds like it's got potential from what you've said. I just looked up the trailer. Looks like it's worth giving it a shot.
6 May 2014 at 03:25

James Gracey said…
I'd heard of it Grimm, but it hadn't really piqued my interest until a friend gave me a copy. I went in knowing very little about it, but found it quite riveting. It was directed by the chap who provided the special effects and creature make-up for Neil Marshall's The Descent - and he's obviously picked up a thing or two from that film with regards to building tension in claustrophobic spaces...
8 May 2014 at 10:24