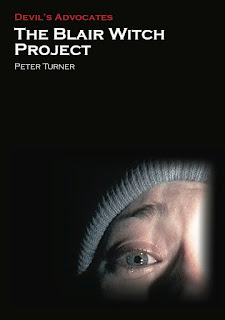 Few films of any genre have had the influence and impact of The Blair Witch Project (1999). Its arrival was a horror cinema palette-cleanser after a decade of serial killers and postmodern tongue-in-cheek intertextuality, a bare bones ‘found footage’ trend-setter.

In this Devil’s Advocate monograph, Peter Turner tells the story of the film from its conception to its pioneering internet marketing campaign and critical reception. He provides a unique analysis of the mockumentary/non-fiction film-making techniques deployed by the film, its appeal to audiences and the themes that helped make it such an international hit (it made more than $140 million in the US alone). Turner also explores the film's lasting impact on the horror genre with a look at other found footage phenomena, such as the Paranormal Activity series, that followed in the wake of The Blair Witch Project.

ilovethatfilm said…
Thanks very much for reading and for your very kind review James!
31 July 2015 at 09:59