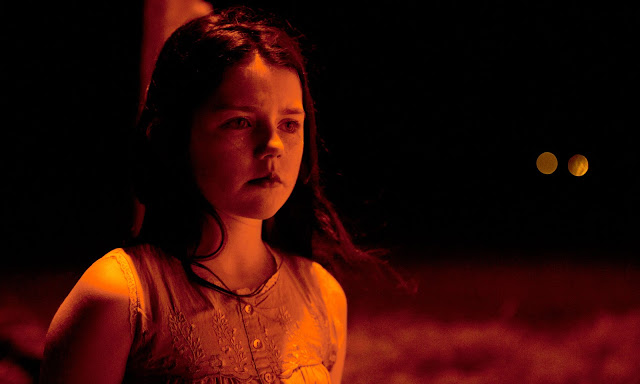 A dark revenge fantasy with echoes of Stephen King’s Carrie and Firestarter, Dark Touch tells of a young girl with terrifying powers that are conjured through pain and rage. When her parents die violently and in mysterious circumstances, Niamh (Missy Keating, who provides a truly compelling performance) is taken in by her neighbours whose own young daughter has recently died. Niamh insists her parents were killed when the house came alive, but authorities dismiss her claims and attribute the deaths to a violent home invasion. Before long though, her neighbours begin to sense that something unusual is now happening in their home, too.
The work of writer and director Marina de Van frequently explores themes such as the vulnerability of the flesh, body dysmorphia and psychological turmoil, and with Dark Touch, she explores the devastating effect of child abuse through the tropes of the evil/demon child sub-genre. Such films (including titles like The Bad Seed, Orphan, Village of the Damned and The Omen, to name a few) subvert the idea of innocence and feature youngsters as agents of evil, representing a threat to adults. Toying with these tropes, de Van exploits the unknowable nature of children - who live in a very different world from adults and see and comprehend things very differently. However, she sidesteps any ambiguity relating to Niamh and what has happened to her, as Niamh’s abuse at the hands of her parents is revealed early on. The real horror comes from how she is treated afterwards and that her powers manifest in moments of extreme fear and pain. The adults in her life either don’t believe her or can’t comprehend what might be happening to her, not just in terms of her burgeoning supernatural abilities, but the abuse she suffered at the hands of her own parents. De Van opts to create tension using what is known by the audience versus what is known by the characters, as they struggle to understand Niamh and her behaviour. At times the narrative feels a little muddled, particularly at the beginning when several characters are introduced but the audience is just left to wonder who they are. While the haphazard manner of certain revelations is jarring, Dark Touch eventually hits its stride and proceeds as a compelling and moodily lensed allegory. 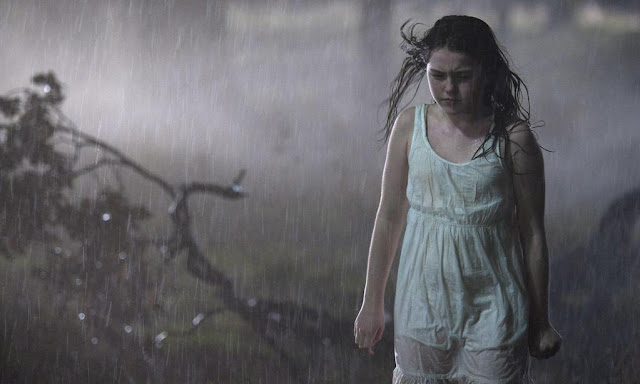 A French/Irish/Swedish co-production and largely filmed on location in Ireland, the remote rural setting highlights the isolation felt by the young protagonist. Setting the story in Ireland lends powerful connotations to proceedings, as the institutional abuse that happened here, which was subsequently covered up by the Catholic Church, echoes throughout the story. Niamh is let down by ineffectual adults and authority figures. The tell-tale signs that something unspeakable has happened to her are all there - she is uncomfortable around adults, flinches when touched and has bruises and scars. She eventually assumes the role of an avenging angel and uses her powers to intervene when she encounters a woman assaulting her young children. Later scenes speak of the cyclical, hereditary nature of violence, as Niamh shows zero mercy. Violence begets violence and as far as de Van is concerned, only the fire of a full-blown finale can cleanse.
Gothic Horror Irish Horror Revenge Social Issues Supernatural Horror