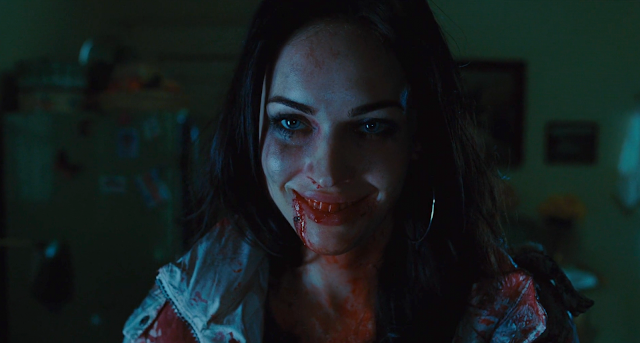 A knowing blend of demonic-possession horror, teen comedy, rape-revenge narrative and coming of age satire, Jennifer’s Body tells of the complex friendship between two girls, one of whom becomes possessed by a succubus demon and begins devouring her male classmates. From its first line of dialogue, ‘Hell is a teenage girl’, it unravels as a razor-sharp and satirical dismantling of societal gender roles and stereotypes, sexual politics and an examination of the horrors and anxieties of growing up a young woman. Written by Diablo Cody and directed by Karyn Kusama, it plays with familiar tropes and offers something that still feels remarkably fresh. Indeed, since #MeToo and #TimesUp, its central themes are as relevant as ever.
At the heart of Cody's screenplay is an exploration of a complicated and toxic friendship. Jennifer (Megan Fox) and Needy (Amanda Seyfried) have been friends since they were children. There’s a strong co-dependency between them, the complexities of which becoming more apparent as the story progresses. Jennifer seems to use Needy to feel better about herself, while Needy, despite being in a loving relationship with Chip Dove (Johnny Simmons), at times seems to harbour undecided feelings for Jennifer. Jennifer in many ways represents an unexplored path for her and there are moments of tension between them that at times appears sexual. These moments, despite the ‘horror sex romp’ promised by the crass marketing campaign and trailers, are nuanced, serve to add depth to the characters, speak of the intensity and intimacy of their friendship, and are fully represented through the female gaze. 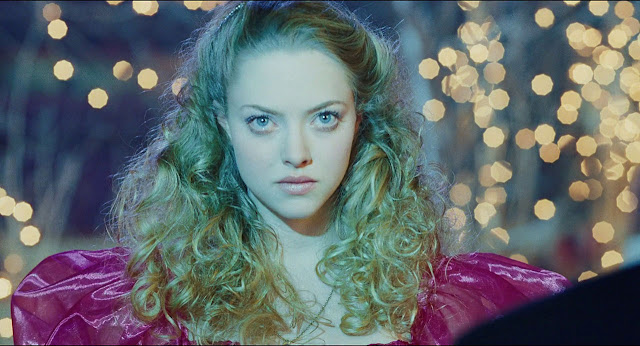 Jennifer’s possession occurs when a local rock band need a virgin to sacrifice to the Devil in exchange for fame and fortune. The scene leading up to this - in which Jennifer and Needy meet the band at a local bar and are invited to hang out with them when they think Jennifer is a virgin, speaks of the abuse of power and status and the exploitation of the vulnerable. The already sexually experienced and confident Jennifer lets them think this in order to hang out with them. The film’s most powerful moment occurs as the van door closes and Needy, who has been desperately trying to talk Jennifer out of going with the band, looks on helplessly. She catches sight of Jennifer inside with the band, looking for a moment, just as the door closes, like she’s changed her mind. The sacrifice mirrors a sexual assault, with Jennifer bound, gagged and pleading for her life as the band openly mocks her. She’s just become an object, a vessel, a thing. This moment really hits home the meaning of the film’s title, which comes from a song by Hole and is about violence against women. When Jennifer reappears, she has been possessed by a succubus demon. When Needy realises that Jennifer is feeding on their classmates, and has her sights on Chip, she demonstrates active agency and visits her school library’s occult section, determining Jennifer must be stopped. 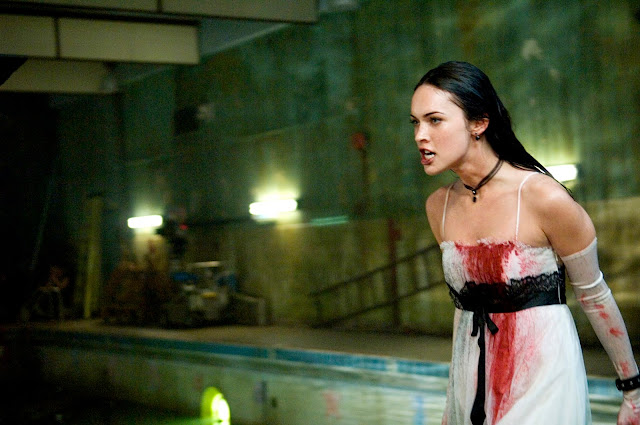 With a compelling story, great central performances, well-written and believable characters we care about, a strong social conscience and an off-kilter script full of eminently quotable one-liners, Jennifer’s Body is a feminist cult-horror classic. Kusama’s direction, particularly her use of deep focus, works to highlight the conflict between Jennifer and Needy. The film is incredibly stylish and full of bold colours and captivating images. She carefully balances the humour, horror and sadness, ensuring dramatic tension is maintained even as the tone of the screenplay shifts and changes, sometimes even in the same scene. While Jennifer’s Body is hilarious, the jokes are always pointed, and there’s as much pathos as there is horror. The film is about the end of a friendship as two young women, both outsiders in their own way, deal with growing up in a small town and surviving an unspeakable act of brutality that changes their lives forever.
Body Horror Comedy Horror Demonic Possession Feminist Horror Karyn Kusama Social Commentary