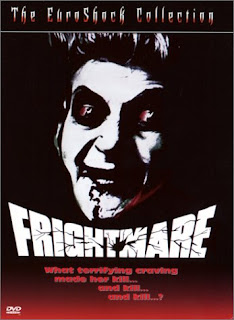 Frightmare explores notions of family, generational conflict and authority, with graphic and, dare I say it, gritty enthusiasm. The film follows the exploits of the deranged and utterly insane Dorothy Yates (Sheila Keith). Released from incarceration after fifteen years, Dorothy is not as reformed or rehabilitated as her carers would like to imagine. As soon as she is released she resumes alleviating her insatiable appetite for human flesh. Setting up a tarot-reading service in her home, she lures various waifs and strays to their violent deaths. Daughters Jackie (Deborah Fairfax) and Debbie (Kim Butcher) have wildly different opinions on their mother’s mental well-being, while their doting and completely ineffectual father (Rupert Davies) feels powerless to do anything. He is a typical weak-willed Walker ‘hero’, as is the rather dashing though clearly out of his depth psychiatrist Graham (Paul Greenwood).

As is typical of Walker though, he presents his female characters, especially Dorothy, as fully fleshed and strong-willed individuals. We see more to Dorothy than her dark and anti-social instincts – at several points throughout the film we witness her in quieter moments, reflecting and even despairing. It’s made clear that no one has ever tried to help her effectively. Those that do, such as Graham, come across as ignorant and lacking empathy. 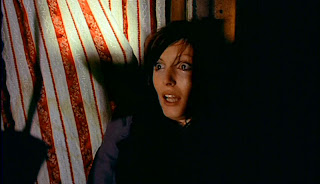 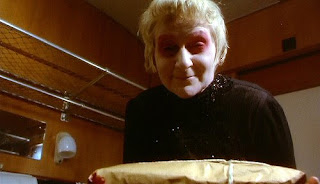 Questioning the reliability of psychiatric institutions in the Seventies, Frightmare is a taboo-breaking and gore-soaked exploration of nightmarish tendencies played out against a backdrop of the Home Counties. Walker usually liked to wind up critics and censors in his depictions of the depraved and shocking, and at the time, he succeeded in doing so with this film. In following the diabolical antics of ‘a sweet, little old lady’, Frightmare is subversive and steeped in tar-black humour. Keith’s portrayal of Dorothy Yates is mesmerising. Amongst other things the film can lay claim to being one of the first to utilise power tools as instruments of death and destruction and actually led the way for films such as Driller Killer and The Texas Chainsaw Massacre in securing some form of acceptance in British cinemas. The sight of Dorothy advancing on her hapless victims is a sight you will not soon forget. And the perhaps not too surprising twist at the climax, still manages to induce chills and discomfort in its portrayal of the lengths some people will go to protect the ones they love. Families, eh? You just can't pick 'em. 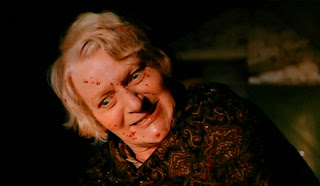 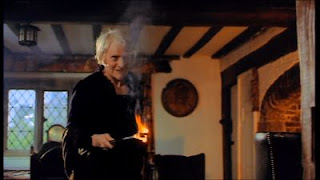 Utilising an extremely low budget, and aptly conjuring a bleak atmosphere Walker presents us with a depiction of a time when he believed British society had suffered under a Conservative regime of illiberal principles that treated the vulnerable with utter contempt (the Conservatives had been in power from from 1970 to 1974, the year this film was released). With bucket loads of the red stuff thrown in for good measure.
Anti-Establishment British Horror Cannibalism Frightmare Murderous Pensioners Pete Walker Political Horror Psychiatric Institutions review Serial Killer Seventies Horror Sheila Keith Subversive