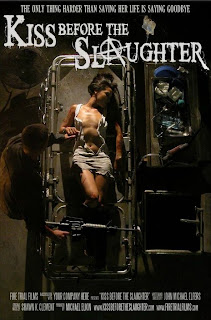 John Michael Elfers’ feature debut Finale untwisted as a stunningly shot love letter to the Golden Age of Italian horror cinema. The film focuses on a family torn apart by the death of the oldest son - who seemingly committed suicide. Helen, the boy’s mother, is convinced that her son was the victim of a bizarre satanic cult and her investigation not only threatens to tear her family apart, but also her own sanity. As she begins to descend into a dark world of paranoia, death and despair, where the line between nightmare and reality becomes increasingly fractured, she is stalked by a demonic, mirror-dwelling figure and the members of the mysterious cult who seem to have a strange connection with it…

As evidenced in such recent films as Amer, Julia’s Eyes and Andreas Marschall’s forthcoming Masks, the legacy of the Italian giallo movie continues to bleed into the work of contemporary filmmakers. Wearing its influences on its boldly blood-spattered sleeve, Finale drew on the supernaturally tinged Gothic horrors of Bava and Argento and, with the dark deeds of a bizarre cult at its heart, echoed other atmospheric and atypical gialli such as Sergio Martino’s hallucinogenic All the Colours of the Dark and Aldo Lado’s haunting Short Night of Glass Dolls. 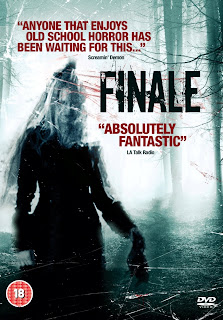 With Finale, Elfers’ proved he is a director with a keen visual sense, a knack for creating arresting images and he positively saturated his debut in a dark and rich gothic atmosphere, seeping with dread. His follow-up feature, Kiss Before the Slaughter, looks set to unfold as a potent and bloody tale of love, sex and death set in the burnished and eerily beautiful landscapes of the Mexican desert. The story follows a young man called Bradley, as he attempts to find his ex-girlfriend Raquel a black-market lung transplant. He soon discovers that the underground organization who have agreed to help him, butchers unsuspecting "donors." Saving them, would mean losing her. Bradley vows to sacrifice everything for the woman he loves, but all she asks is that he let her die, to save a group of complete strangers.

Voted onto the Blood List - an industry-insider list of the top not-yet-produced horror scripts in Hollywood – Kiss Before the Slaughter also won Best Screenplay at A Night of Horror International Film Festival in Sydney, Australia. Described as "Action, gore, sex and violence, but with romance at the heart”, Elfers has shot a trailer to raise financing for the film, which you can watch on the official website, here. 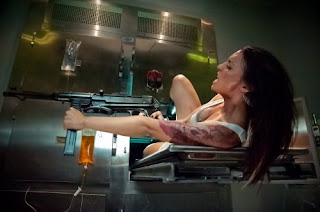 Kiss Before the Slaughter’s trailer has also been entered into the International Movie Trailer Festival. Head over to their site to vote for the trailer and help get it some more exposure.

A while back I had the absolute pleasure of interviewing John Elfers about Finale, low budget film making and Italian horror. Check it out here.
John Michael Elfers News