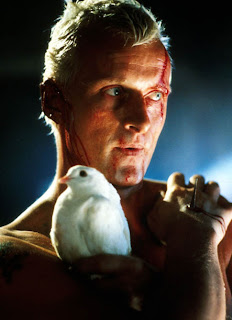 With its groundbreaking amalgamation of cyberpunk aesthetics and film noir conventions, Ridley Scott’s Blade Runner is one of the most revered and influential sci-fi films of all time. Just as central to its continuing appeal as Scott’s breathtaking visuals and its provocative themes of identity, is Vangelis’s ‘symphonic electronic’ score. Given that Blade Runner is essentially a story about what it means to be human; his music underpins the more spiritual aspects of the narrative, and serves as the heart of the film. It’s synthesised, effervescent soundscapes effortlessly convey the alienation and longing of the characters - ‘human’ or otherwise.

Head over to Paracinema.net to read my full review of this immensely evocative soundtrack and listen to an excerpt.

While you’re there, don’t forget to check out the latest issue of Paracinema Magazine, now available to pre-order. Issue 19 includes essays and articles on films such as Kill Bill, John Carpenter’s Apocalypse Trilogy, The Innkeepers, Fast Times at Ridgemont High and a little something by yours truly on the career of Alan Smithee. Support independent publishing!
Audiodrome Blade Runner Film soundtrack Paracinema Magazine Ridley Scott Score Vangelis