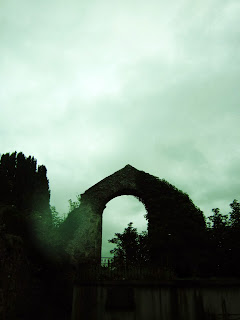 Magheralin, from the Irish Machaire Lainne, meaning "Plain of the Pool", is a tiny village and civil parish in County Down, Northern Ireland. In the centre of the village an ancient stone tower casts its shadow over an equally ancient graveyard. The church that originally stood on this site was identified with Lann Ronan, or the Church of Ian, and is cited in the taxation of Pope Nicholas of 1306 - although no traces of the medieval structure remain today. In 1400 a new church was built incorporating parts of the previous building, and in 1442 a stone tower was added.

By 1657 however, the church was described as being in a state of decay and ruin, and was later completely rebuilt along with the existing tower, which still stretches out of the earth and above the olden trees surrounding it. The practice of burying the dead within the church itself was stopped in 1773, but damage to the structure had already been done; the multitudes of the silent dead below no doubt contributing to the deterioration of the foundations. In 1839 the decision to build a new church was taken, leaving this one for nature to claim back.

The meaning of the Irish name for the village - Plain of the Pool - has connotations of a creepy, folkloric nature. Throughout Ireland, small lakes and springs are often referred to as ‘Pooka Pools’ or ‘Pollaphuca’, which means 'pooka' or demon hole. 'Pooka' is from the old Irish 'puca', which means ‘goblin’. It is thought that the word pooka is of Scandinavian origin - the word 'pook' or 'puke' means nature spirit. One of the earliest mentions of the village of Magheralin actually concerns a demon called Huachuille, or Duachaill, which was said to haunt the area around the body of water from which the place’s name is derived. Apparently this demon laid waste to the surrounding countryside for a time, but was eventually defeated by St. Colman, who died in AD 752, after he founded a church. Interestingly, the word 'puke' is still used in certain rural areas around the region, and refers to a person who is a nuisance. It is linked with spirits and beings that delight in causing mischief and mayhem, usually of a harmless enough nature, but often with a sinister edge.

Here are some photos of the old tower and graveyard I took the last time I visited the place. Nestled behind a high stone wall, walking through the graveyard, by day or by night, is a truly atmospheric experience and highly recommended. Oh, and those blurry bits in some of the photos aren't raindrops on the camera lens, they're spectral entities. No, really. 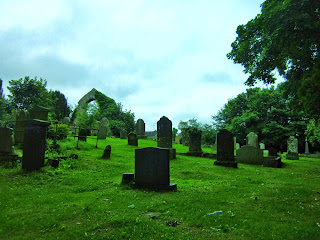 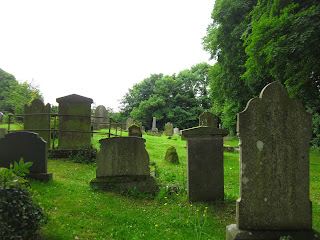 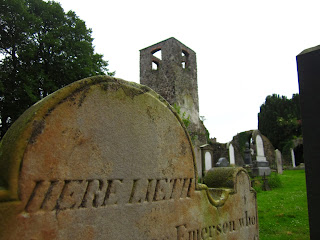 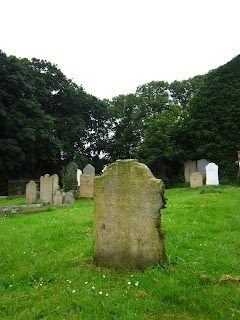 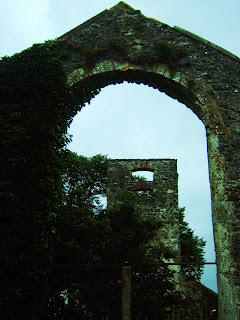 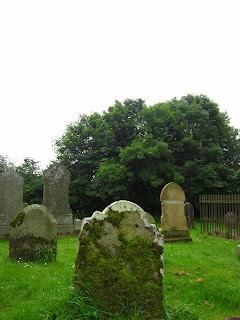 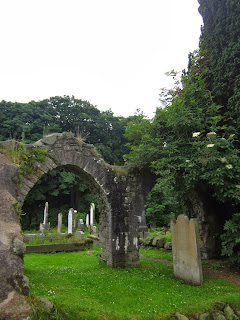 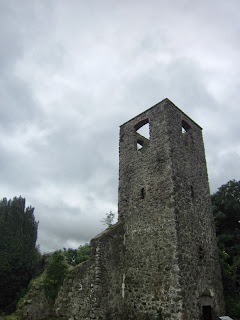 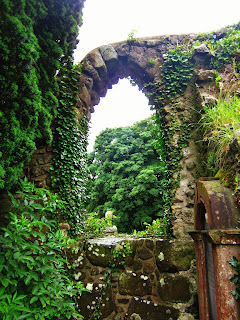 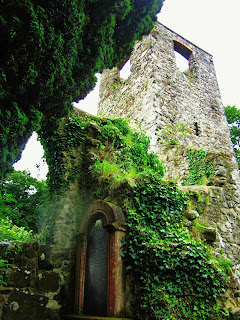 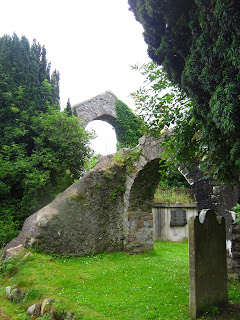 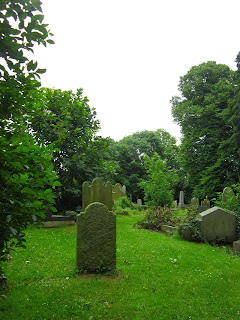 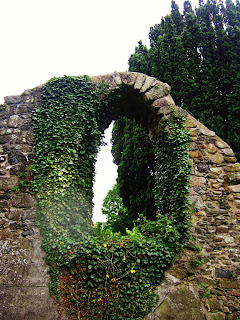 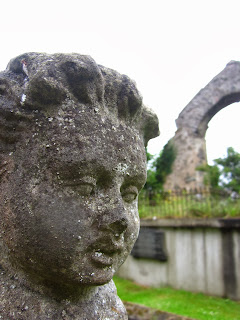 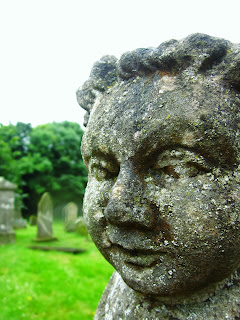 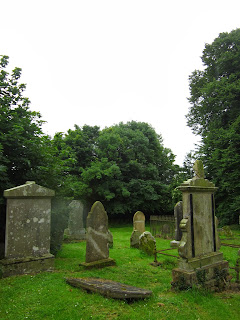 Warden Stokely said…
Hi James!
Gosh, I've missed hiding behind the couch. And I believe you 100% with the spectral entities. I really do, I just can't see them very well. I think it's the light or my crappy screen, so I'll look again tomorrow at work, because I'd much rather do that then go into my Outlook. This is so fascinating. I'm a history major. So thanks so much! Now, do you think (and I could probably google it, but that wouldn't be as much fun) that puke could also mean like puke out a pooka or a demon or something? I expect if you had one inside, it would make you quite ill, and well, Regan did. And James, you live in such a beautiful place. We don't have anything like that, obviously, here in America. Sheez. Since I'm a history major, I think I need to make it over there one day and see some history! I am in no position now. Got one more kid to get through college, but boy, once she's done and settled (do they settle, please tell me they settle)I'm buying ticket. Will ya show me around? hah! Oh Gosh. That was one great post. And the pictures were so pretty. I hope you had a nice picnic with the spectrals. I'da. Until next time....
13 November 2013 at 05:12

James Gracey said…
Hey Stokely. Yeah, the thought (regarding puke, as in to be sick or vomit) crossed my mind too. It's fascinating when you delve into the origins of certain words, especially if they appear to originate from folk tales. And yes, should you ever make it to this neck of the woods, we shall stroll through olden cemeteries 'til dawn.

Rg Lovecraft said…
This is awesome, great post James. Just wanted to let ya know, I got you linked up on my blog and am passing on the Sunshine Award. Dig it!

James Gracey said…
Thanks so much for the shout out, RG. And congratulations on your award! Keep it spooky.
19 November 2013 at 18:58

Warden Stokely said…
Matt over at Midnight Cinephile felt much better when I suggested images of burning retinas, flaming ants under magnifying glasses, and scorched morons who get too darn close. Hope this visual is more to your liking, James. Eventually, I'll whip up a Full Moon Award (Better?), but don't be doggin' my Sunshine Award now. It's the only one I've ever received! hahaha Lookin' forward to that stroll.
20 November 2013 at 02:51