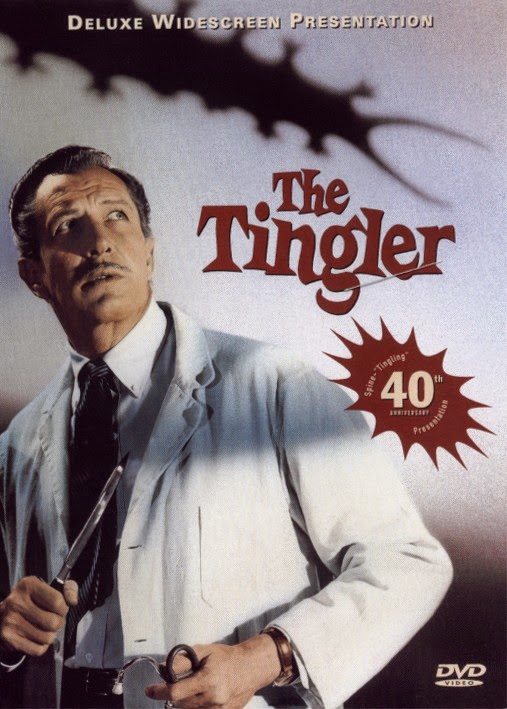 Esteemed pathologist Dr. Warren Chapin (Vincent Price!) discovers that the tingling sensation experienced in the human spine during states of extreme fear is caused by the growth of a creepy parasite that every human plays host to. During particularly lengthy moments of terror, the creature, which he dubs the "Tingler", can grow to such size and strength it can kill its host, and the only way to weaken the creature is by screaming. During the autopsy of a mute woman, whose death-by-fright came about because of her inability to scream, a Tingler escapes and wrecks havoc in a nearby cinema. Cue Dr. Warren urging the audience to scream for its life…

While The Tingler is essentially a camp B-horror, nestling amongst the trite and ham are some interesting ideas which would later be explored in grisly detail in what would come to be known as the sub-genre of 'Body Horror.' Central to the plot is the notion that our bodies play host to a parasite, which feeds on fear. When the host is frightened, the parasite grows and makes the spine of the host ‘tingle.’ There is a creepy effectiveness in the scene in which Dr Chapin shows his assistant various x-rays depicting an engorged parasite latched onto a spinal cord. For all the guffaws and derisive sniggers it elicits, The Tingler also demonstrates a knack for sly reflexivity throughout, with the on-screen audience (and the actual audience) being prompted to scream for their lives, and snippets of dialogue pertaining to the cathartic release offered by the experience of being frightened. Scary horror films provide a release from the daily stresses of reality, they create the same ‘safe fear’ as rollercoaster rides or ghost trains – somewhere for people to experience extreme emotions and remain unscathed. Of course, none of these ideas are explored in any sort of depth, but they still offer food for thought in what is otherwise a fun little creeper of a film. The Tingler climaxes in a cinema, with an unsuspecting audience being terrified by the creature as it scuttles amidst the aisles, breaches the projection booth, and scurries across the film – and eventually our screen – which cuts to black while the inimitable voice of Vincent Price booms from the darkness, beseeching us to scream. 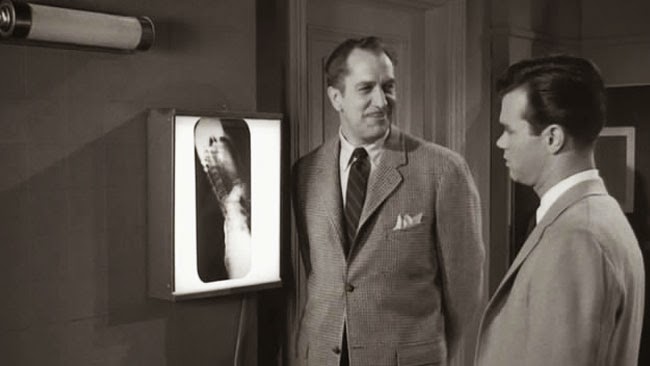 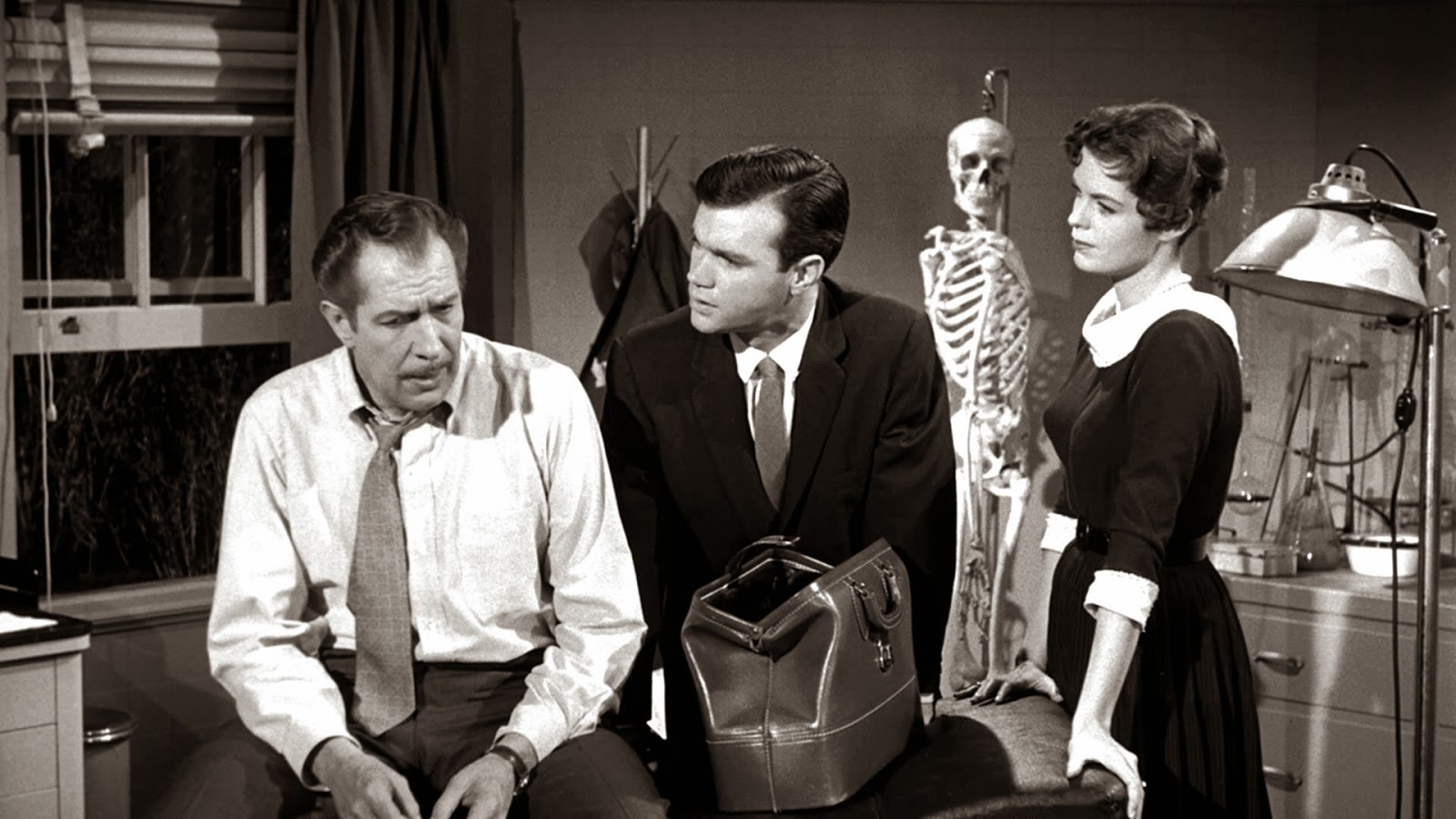 Director/producer William Castle is of course infamous for the various gimmicks he devised to promote his films. Screenings of The House on Haunted Hill for instance, treated audiences to 'Emergo' – skeletons dangling on wires over the heads of the audience during key moments of the film. Spooky! For The Tingler, Castle had electronic devices installed underneath random seats in the theatre which were activated during specific moments of the film and vibrated, tingling the spines of the audience. This was called 'Percepto.' I watched The Tingler at Belfast Film Festival’s Beanbag Cinema, and while the beanbags weren’t rigged with Percepto devices, there was a specially designed soundtrack which played during certain moments of tension, throbbing out of huge speakers on the floor and building so intensely it could be felt vibrating up from the floor and along the spine. This was particularly effective during the prolonged scene where Martha, the unfortunate deaf-mute woman, is scared to death by spooky occurrences in her home – including having an axe flung at her by a disembodied arm, finding her bath overflowing with bright red blood (another gimmick-tastic moment), and discovering a cleaver-wielding living-corpse in her bed. 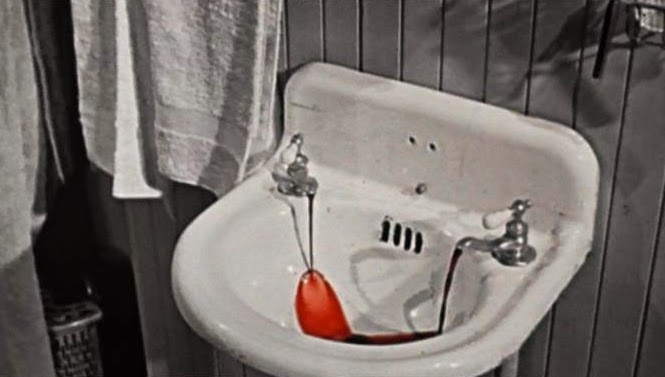 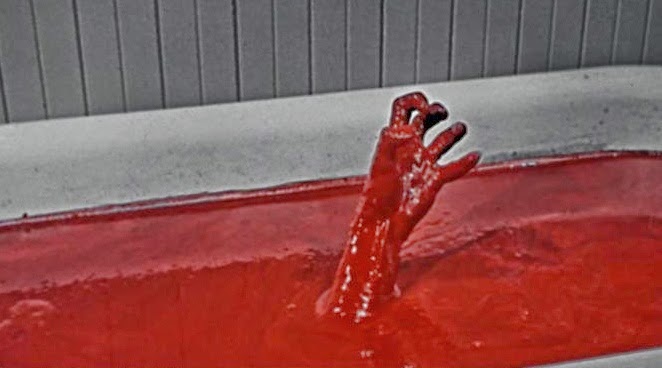 The Tingler is a cult classic for admirers of Vincent Price – whose scenes with Patricia Cutts, as icy adulteress Mrs Chapin, are tinged with gleesome vitriol - and fans of director William Castle’s campy oeuvre.

"Ladies and gentlemen, just a word of warning. If any of you are not convinced that you have a tingler of your own, the next time you are frightened in the dark... don't scream..."
Body Horror Creature Feature Gimmicks Monster Movie Percepto The Tingler Vincent Price William Castle

Christine Hadden said…
Oh wow, I love The Tingler! Takes me back to Saturday afternoons watching classic horror (especially Vincent Price!) with my mom. I only wish I could have experienced it in the theater!!

James Gracey said…
Thanks Christine! Considering bringing back LinkWithin, but I was never quite happy with how it looked. Maybe I should stop being pedantic.

Anyway. Yes, seeing The Tingler in a theatre was excellent! The soundtrack really enhanced the experience; it even lent the film a certain tension I doubt was present before - this was my first time seeing it! Naturally I loved it.
6 April 2014 at 15:02