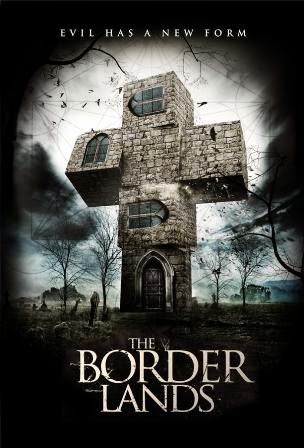 The Borderlands tells of a small team of Vatican-sanctioned investigators who are charged with proving/disproving an apparently paranormal presence in an isolated church in a remote part of Western England.

While the found-footage horror film has been much maligned of late, Goldner’s offering intelligently amalgamates rational scientific investigation with the hint that something otherworldly is stirring within an ancient church, proving that when it’s done right, this format still has the power to unsettle. The found footage angle is actually convincing given the basis of the plot; Vatican-sanctioned investigators needing to ensure their documentation of events is as evidence-based and stringently methodical as possible so they can prove/disprove events. It makes sense then that the church they're investigating and the cottage they're staying in are fitted with cameras, and each team member wears a head-cam.

Goldner incorporates elements of occult and folk horror into the shivery mix, as it becomes obvious the site the church stands upon was once a place devoted to pagan ritualism. With a shuddery nod to Bram Stoker, and heavily influenced by the atmospheric tales of MR James, and indeed HP Lovecraft, The Borderlands proffers that maybe, just maybe, outside of our realms of perception and comprehension, unknowable things exist and they are intent on wreaking chaos. This notion is underpinned by the various theological conversations between characters, which add further unease, as they ponder the possibility that there is much in our universe that humankind has yet to comprehend. James’ influence is also present in the rational, academic and reasonable protagonists who obsessively, and always level-headedly, probe into the dark corners of the everyday, seeking unattainable knowledge that can only bring about their demise. The script carefully fleshes out the characters and their evolving dynamics, as agendas and various dark secrets are revealed. The chemistry between the world-weary and initially cynical Deacon (Gordon Kennedy) and the Agnostic, eager-to-prove-something Gray (Robin Hill) helps evoke sympathy for them, makes us invest in them; especially when things become very grim. Before long, the psychological strain each man feels as the group delves deeper into the dark, becomes palpable. 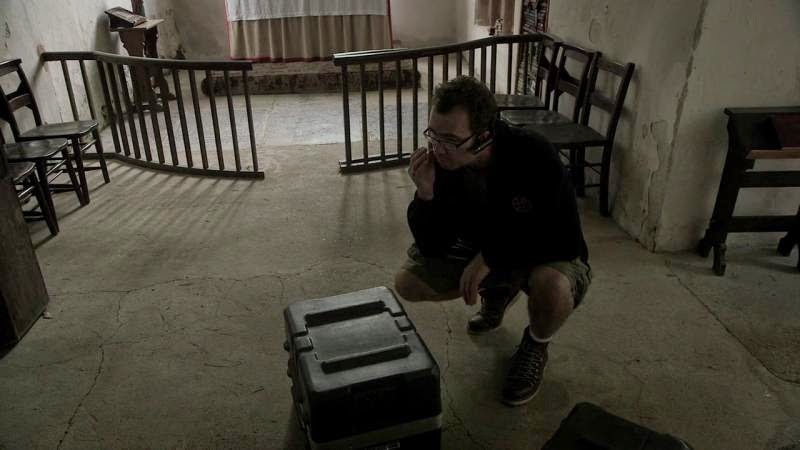 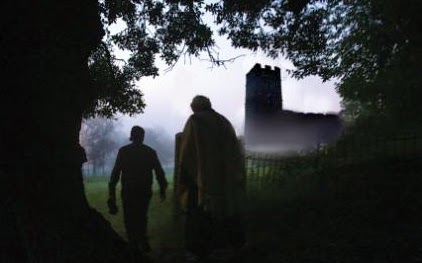 Goldner’s approach to revealing the horror is much the same as MR James’ own quiet, suggestive methodology; the foreboding atmosphere of dread is effortlessly sustained until it reaches fever pitch, at which point the director lets rip with the chilling terror. The atmosphere and tension is enhanced by strikingly effective sound design; disembodied scratchings in the church pews by night, something moving behind the ancient walls, the distant sound of a baby crying, lights suddenly shattering... While The Borderlands is peppered with jump scares, they are never cheap, one or two are even of the light-hearted variety to help alleviate the dread. All add to the clutching, all-consuming tension. Of the many stand out scenes, a panicked run through the woods in the dead of night is particularly unnerving. When you add glimpses of a dead priest, things become downright spine-chilling. The isolated location also enhances the disquieting mood, and the ancient church in which the creepy occurrences unfold, is fittingly eerie; particularly at night. It’s gradually revealed that the history of the church is connected to creepy local traditions, folklore and ancient legends. While certain moments threaten cliché – the investigators stopping to ask for directions, only to be met with hostility by suspicious locals – Goldner maintains his course along a path less trodden. When the tight knit community closes ranks, it’s more to do with them feeling exploited, than hinting at their possibly sinister intentions. 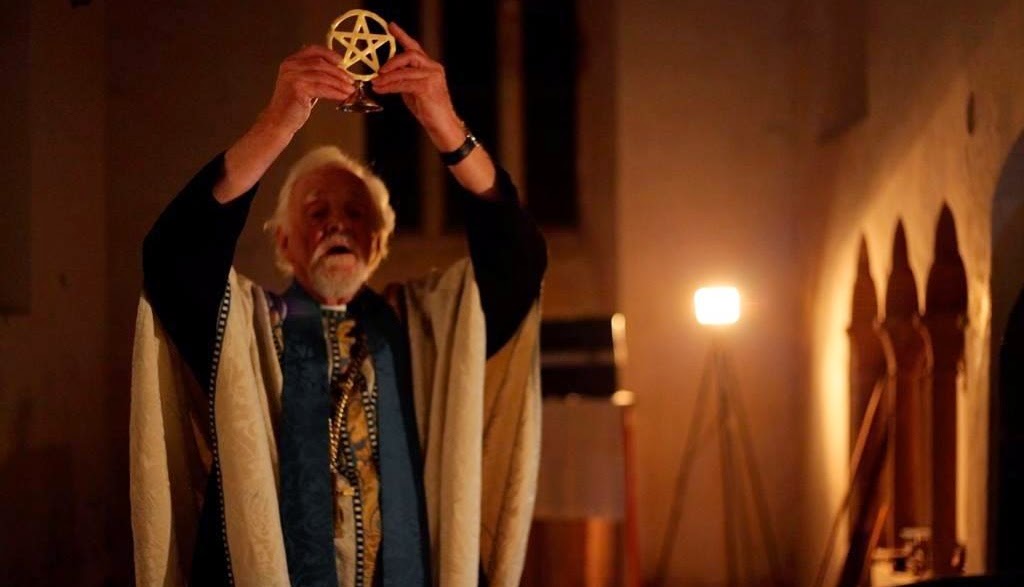 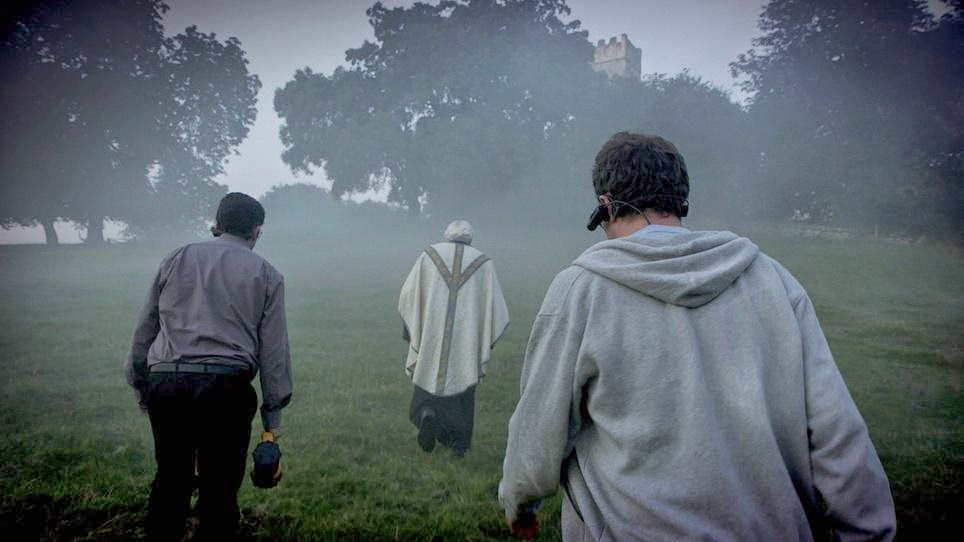 The Borderlands is genuinely terrifying. Its slow-burn, modern vs. ancient approach becomes unbearable as events jolt towards a particularly macabre and daring climax, which taps into some very dark primal fears indeed. Don’t spoil it for yourself, go into this one cold. And preferably alone, in the dark…
British Horror Elliot Goldner Folk Horror Folklore Found Footage Haunting Religious Horror Film The Borderlands