In Conversation with Alan Howarth 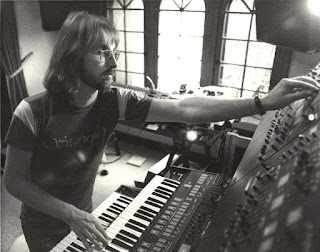 Perhaps best known for his collaborations with filmmaker John Carpenter, sound designer and composer Alan Howarth has contributed to some of the biggest genre films of the ’80s. His work with Carpenter on films such as Escape from New York, They Live and Prince of Darkness, resulted in some of genre cinema’s most striking and atmospheric scores. An award-winning sound designer, Howarth has also provided effects for the likes of Poltergeist, Bram Stoker’s Dracula and many of the Star Trek films.

Head over to Exquisite Terror to read my interview with Mr. Howarth.

Readers in and around London might be interested to know that Alan is performing live at Union Chapel on 31st October. Go here for more information.
Alan Howarth Film Scores Interview John Carpenter Music in Film