Night of the Living Deb 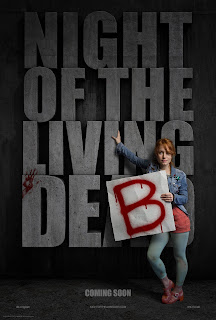 If there’s one subgenre of horror that has surely reached saturation point, it’s the zombie film. Yet time and again, it proves to be a robust and continually relevant aspect of horror cinema, with its ability to speak of various social and political issues and its knack for cross-pollination with other genres.

Following on from the likes of Warm Bodies (2013), Boy Eats Girl (2005) and Shaun of the Dead (2004), Night of the Living Deb is the latest amalgamation of typical zombie movie conventions with those of the romantic comedy. A zom-rom-com, if you will. While it doesn’t really offer viewers anything they haven’t seen before it still endears with its misfit characters, witty script and quirky sense of humour.

Head over to Exquisite Terror to read my full review.
Comedy Zombie Film