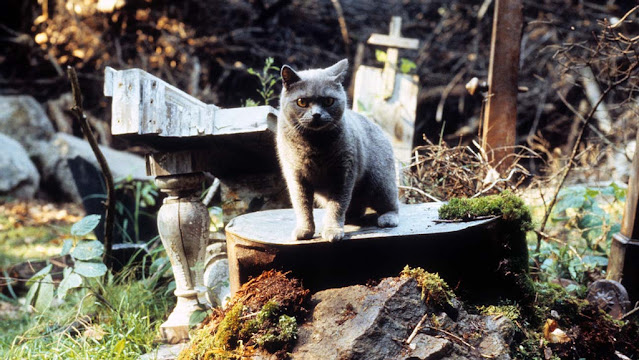 When the Creed family move into their new home, they discover a pet cemetery in the woods behind their house. After a tragic accident, the grieving father learns through local folklore that another burial ground, much more ancient and deeper into the woods, has the power to raise the dead…
Based on the novel by Stephen King (and adapted for screen by the author) Pet Sematary is a rumination on death, grief and the darkness of the human heart when it wants something so much it doesn’t consider the consequences. King once admitted that of all his work, nothing scared him or troubled him as much as Pet Sematary. In the book’s introduction, he recounts the events that inspired it: ‘I simply took existing elements and threw in that one terrible what if. Put another way, I found myself not just thinking the unthinkable, but writing it down.’ Influenced by WW Jacobs’ short story The Monkey’s Paw, which is also about death, grief and the unspeakable horror that follows when a loved one is brought back from the dead, King pushed himself to think of the darkest, most terrible things (the all-consuming agony and loss that follows the death of a child) before eventually locking the manuscript in a drawer believing he’d never publish it because he’d finally ‘gone too far.’
The unsettling tone of the novel seeps into the film. Director Mary Lambert creates tension and an unshakable sense of unease from the opening scenes when the Creeds arrive at their new home next to a road with lorries speeding by on a regular basis. The early scenes establish the characters and an impression of small-town life, which all works to deepen the impact when tragedy strikes later. Louis and Rachel (Dale Midkiff and Denise Crosby) befriend their older neighbour Jud (Fred Gwynne), who adores their young children, Ellie and Gage (Blaze Berdahl and Miko Hughes). The screenplay focuses on how people deal with death in different ways. Ellie says she’ll be angry with God if he ever lets her cat die. Louis lies to her when he finds the cat dead in the road. Rachel blames herself for the death of her sister when they were children and is overprotective, avoiding difficult conversations with her own children as she wants to protect and prolong their childhood innocence. Louis is revealed to be a deeply flawed and all too-human character who makes terrible decisions and doesn’t learn from them, despite the nasty consequences. The creepy third act reeks of sadness and despair as the full horror of his actions are realised. 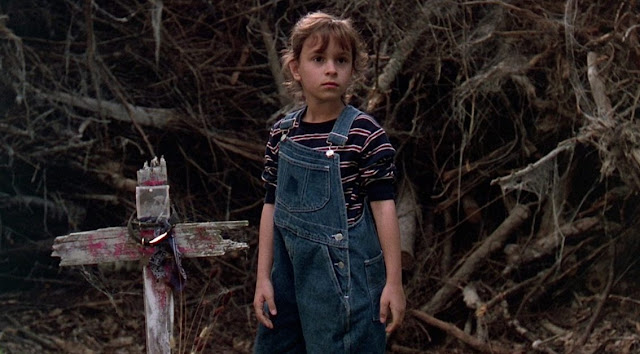 Lambert’s clean, uncluttered direction enables the story to be told effectively, and she creates dramatic impact even when some of the performances can’t quite take us there. She establishes an atmosphere of dreadful inevitability before cranking the tension, particularly in the set up for the road accident. Unlike a lot of other horror films, Lambert’s film actually depicts the aftermath of death in an unflinching manner. One scene in particular - little Gage’s funeral - is particularly powerful and difficult to watch - Lambert and King fought to keep this scene from being cut, as producers felt it was too uncomfortable. Grief and tempers cumulate in a violent confrontation between Louis and his father-in-law, and Gage’s coffin is knocked over in the scuffle, revealing a glimpse of a tiny hand inside. Lambert handles the more supernatural elements in a suitably creepy fashion (the reappearances of the dead jogger, Rachel’s visions of her long-dead sister) and the result often feels like the equivalent of someone sneaking up behind you and suddenly whispering loudly in your ear. Lambert’s use of space in these moments also adds to the eeriness, with the spectres positioned at the forefront of the screen but lurking to the side.
Atmospheric, sad and spooky, Pet Sematary combines creepiness with tragedy to create a potent brew.
Adaptation Grief Living Dead Mary Lambert Stephen King