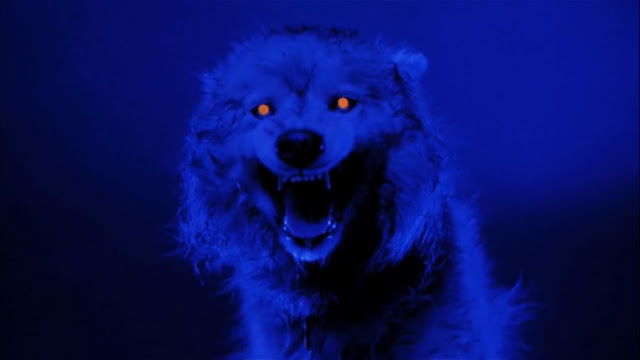 After the death of his mother, teenager Jeff (Edward Furlong) and his veterinarian father move to her hometown to start a new life for themselves. When Jeff befriends Drew, the stepson of the local sheriff, he learns of an ancient Native American burial ground deep in the forest outside of town that, according to local legend, has the power to raise the dead. When the sheriff shoots Drew’s beloved dog, the boys decide to see if there’s any truth to the lore, with mainly schlocky consequences…
Director Mary Lambert had wanted Pet Sematary Two to pick up the story again with Ellie Creed, the young daughter from the first film, and follow her as she returned to Maine to find out what happened to her parents. Alas, the studio (Paramount) didn’t feel confident that a teenaged girl could carry the film as its protagonist, so they cast… a teenaged boy, instead. Whereas the first film addressed the tragedy of death and the overwhelming power of grief, the sequel, like many other horror titles, doesn’t so much deal with the aftermath of death, as revel in the thrill leading up to its violent onscreen depiction. The rule of horror sequels (as helpfully explained by Randy in Scream 2) is in full force, with a higher body count, more elaborate death scenes and an abundance of gruesome special effects. Despite Randy’s warning to not assume the killer is dead, in Pet Sematary Two, we can safely assume this, because, well, they are dead.
While the first film focused on parental grief and a family torn apart by the death of a young child, the sequel (to begin with anyway) vaguely explores a teenaged boy’s grief after the death of his mother. His relationship with his father (Anthony Edwards) is strained and when they move to his mother’s hometown – Ludlow, the same town the Creeds move to in the first film - he is bullied by his classmates and generally feels hopeless and alone. The daily struggles of a moody, teenaged outcast are well conveyed by Edward Furlong and the film is at its best when it focuses on him adjusting to his new life. His newfound friend Drew (Jason McGuire) also has it pretty bad as he is mercilessly bullied by his stepfather, the town sheriff (Clancy Brown), however Richard Outten's screenplay never really explores these elements in anything but surface level. Pet Sematary Two is more playful in tone – the opening scene is revealed to be a gothic horror film the protagonist’s mother is starring in, Jeff dresses as Jason Voorhees for a Halloween party. 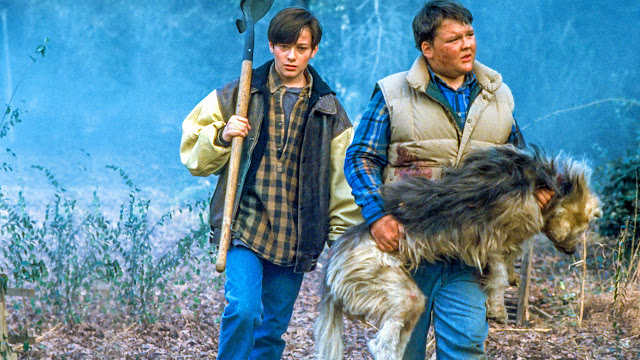 The deaths of two main characters quite far into the running time does pack a punch in its unexpectedness and cruelty, but it does little to shake up the story, which becomes consumed by schlocky effects – not least the scene in which Jeff’s father has a sexy dream about a dog-headed woman. Despite its inconsistencies and incoherent plot, director Lambert proves once again she is adept at conjuring a creepy atmosphere of dread. In the scene where Drew is chased by his dead stepfather, she ratchets the tension particularly good and tight. Some weirdly beautiful cinematography helps establish an eerie, otherworldly atmosphere, particularly the moments when we see the gleaming eyes of the undead dog, which recall the similarly glimmering eyes of the wolves from The Company of Wolves (1984).
While it doesn’t deliver the chills of its predecessor, Pet Sematary Two is still a fairly fun ride, albeit one that doesn’t really go anywhere. The weak story is eclipsed by effects and moments that could have been genuinely frightening are lost amidst an increasingly convoluted plot. The fiery climax is more campfire than the all-consuming inferno it could have been.
Grief Living Dead Mary Lambert Sequel