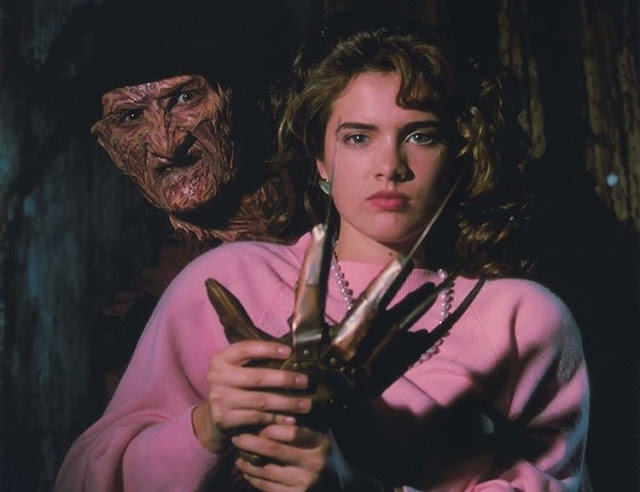 Actress and producer Heather Langenkamp is best known for her role as Nancy Thompson in Wes Craven’s classic chiller A Nightmare on Elm Street (1984). Directed by Arlene Marechal, I Am Nancy is an exploration of Langenkamp's experience portraying the heroine and of the impact of the film and its antagonist, Freddy Krueger, on pop-culture. It follows Langenkamp as she attends horror conventions around the world and talks with fans about what attracts them to horror, specifically the A Nightmare on Elm Street films, and what the characters of Nancy and Freddy mean to them.
The film follows on from Never Sleep Again: The Elm Street Legacy, a 2010 documentary chronicling the entire A Nightmare on Elm Street franchise, which was executive produced and narrated by Langenkamp, who felt a number of issues were not explored in enough depth. By questioning why heroine Nancy was eclipsed by villain Freddy Kreuger, Langenkamp’s own investigation touches upon wider issues about hero worship, female heroism and societal gender roles. Freddy Krueger, a child killer, has been embraced as a cultural icon, while Nancy, a regular teenaged girl who faced her fears and defeated a monster by strength of will, has been relegated to the side-lines. Many rightly point out that Nancy was the first character to ever defeat Freddy, and she did so proactively, with agency and completely by herself. She faced her darkest fears, made the decision to no longer allow them to consume her and, in doing so, stripped the dream-demon of his power. It was a radical moment, its simplicity belying its powerful message. As Wes Craven (playing a fictionalised version of himself) states in Wes Craven's New Nightmare (1994), it was Heather who gave Nancy her strength. Yet, Freddy still stole the spotlight. Indeed, this was actually addressed head-on in Wes Craven’s New Nightmare, in the scene where Heather (who also plays a fictionalised version of herself) is being interviewed on a TV show, only for Robert Englund, dressed as Freddy, to suddenly appear as a surprise guest and steal the spotlight. 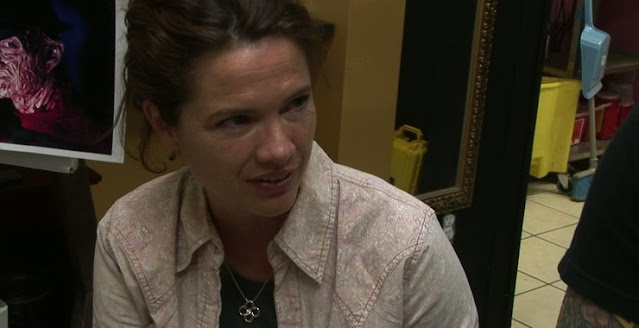 Amongst those interviewed by Langenkamp throughout I Am Nancy are her original Elm Street co-star Robert Englund, writer/director Wes Craven and Craven’s daughter Jessica, all of whom provide fascinating insight. Their candid conversations reveal that Nancy was both inspired by and written to inspire Jessica, as her father wanted to create a strong role model and contemporary heroine for her to look up to. The interactions between Langenkamp, Englund and Craven are delightful – the three share a warmth and charming comradery. They’ve all shared this experience of being part of something that will live forever in the hearts of fans who have grown up with it, as well as future generations who will also come to hold it close.
An unexpected but undeniable emotional element soon emerges as fans share stories of how A Nightmare on Elm Street, the character of Nancy, and horror cinema in general, helped them overcome personal difficulties and traumas. Brandishing tattoos, merch and memorabilia, they demonstrate how this film and these characters have become a part of their very identity. While the tone is light, the film never mocks and Langenkamp is immensely congenial, appearing to make genuine connections with fans as they share their stories. Indeed, Langenkamp’s own life has been inextricably bound up with her portrayal of this character (she returned to the role in A Nightmare on Elm Street Part 3: Dream Warriors and again in Wes Craven's New Nightmare, in which she also played herself as an actress and mother who struggles to reconcile her mixed feelings about her involvement with horror films) and I Am Nancy is her way of exploring this and fully embracing it.
A few tech issues aside (parts of the conversation in the tattoo parlour are drowned out by the buzzing of the needles, and some of the conversations at the conventions are overwhelmed by the din of busy rooms and hallways) the film is a love letter to fans of horror and the A Nightmare on Elm Street films. It provides a fascinating glimpse into the experiences of people who, by making and starring in a slasher film in the 1980s, made a lasting impression upon the lives of millions. It confirms Langenkamp’s legacy as a horror icon, and at its heart, is a knowing yet sensitive exploration of fandom and what these characters mean to horror fans.
A Nightmare on Elm Street Documentary Social Commentary Women In Horror