Happy Bloody Birthday Behind the Couch 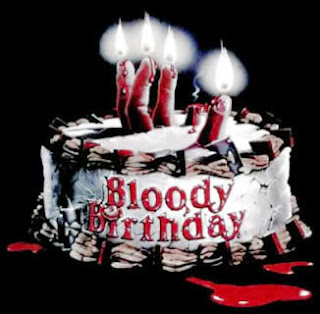 Behind the Couch is One Year Old today!
It is hard to believe that it was a whole year ago today I decided to venture into the Canis lupus familiaris eat Canis lupus familiaris world of blogging. And now, one whole year later and Behind the Couch has grown into a fairly beautiful bouncing baby blog. And what a year it’s been, too. The only thing that beats the amount of wine I’ve drunk whilst blogging my very important opinions about horror/cult films, is the number of films I’ve actually watched. There have been some great films over the course of the last year. There have also been some really great films. And of course some not so great films. Obviously there have also been some downright shit films and the films that have been so bad they’ve been really rather amazing. And my own personal favourites – the films with Vincent Price in them. 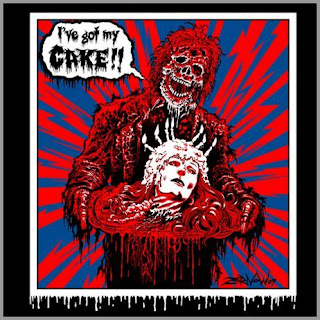 Thanks to all who have dropped by over the last year – it has been lovely to make your acquaintance – please continue to share your thoughts and feelings and to not be a stranger. Though maybe you should think about bringing your own bottle next time? Just kidding. I guess all that remains to be said is cheers! Here’s to the next full bodied and juicily plump year. Hopefully it will prove every bit as robust, aromatic and have just as smooth a finish with the faintest hint of oak as this year.

Right, I’ve a year's worth of recycling to catch up with. I’ll maybe have one little glass of something red and cheeky afore I go though… 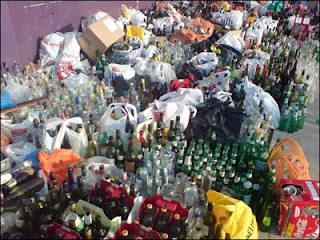 senski said…
Heartfelt congrats, James! Here's hoping you stay behind the couch for a long time to come...
8 December 2009 at 16:19

Anonymous said…
Congrats! I'm gonna disagree with Senski and say that it's OK to come out from behind the couch now. It'll be OK, I promise.
8 December 2009 at 17:47

Jenn said…
Yay! Happy Birthday, Behind the Couch! I'll pour some of my box wine into a big glass and gulp it down today in honor of this most esteemed blog's bday. I was going to do that anyway, really, but I'll raise my glass to you whilst doing so!

I Like Horror Movies said…
My hat is off to you James, you have offered nothing but excellent and insightful information and reviews since I first started reading. I respect your opinions greatly, and look forward to more great years with you!
9 December 2009 at 04:32

Matt-suzaka said…
Congrats on one year of boozing, drooling, and drunken posting! You are top of the heap and I look forward to another year of James hiding Behind the Couch!
9 December 2009 at 15:57

Zachary Kelley said…
Happy birthday Behind the Couch and congratulations James! here's to many more years to come, cheers.
9 December 2009 at 17:16

James Gracey said…
Thanks everyone! I've uncorked something red and shall drink a toast to your good health.
10 December 2009 at 18:38