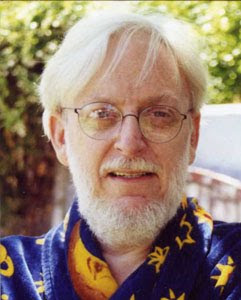 Dan O'Bannon, the screenwriter of classic genre films such as Alien and Total Recall and cult favourites Dead and Buried, Dark Star and Return of the Living Dead, has died at the age of 63 in Los Angeles following a short illness.

O'Bannon soon quit his job on the visual effects team on Star Wars to begin screenwriting full time. His first project after Dark Star was a script titled Star Beast - co-written by Ronald Shusett - which would later be filmed as Alien by Ridley Scott. The writer would also go on to work with Tobe Hooper on Lifeforce and Invaders From Mars.

O'Bannon is survived by his wife Diane Louise Lindley and their son Adam. He made significant contributions to the genre and will be sadly missed.
Dan O'Bannon Obituary RIP

Jenn said…
What sad news :( First Naschy at the beginning of the month, now this! Looks like I'm popping in my VHS of Return of.. and raising a glass to an awesome talent.

Lysergic Earwax said…
Sad news indeed...Dead And Buried and Return Of The Living Dead are two of my all time favourites. RIP Dan.
19 December 2009 at 11:43

Matt-suzaka said…
I too was very bummed about his passing. He did work on some of my all time favorite film and his impact on genre cinema is very important, if not long lasting.
20 December 2009 at 03:19