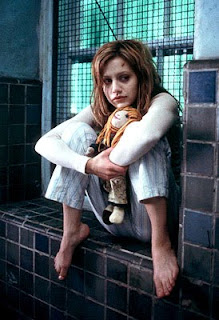 Actress Brittany Murphy, star of films such as Clueless, Girl, Interrupted and Drop Dead Gorgeous, has died after collapsing at her home in Los Angeles.
According to the coroners report, Murphy appeared to have died from a cardiac arrest. She was 32.

A big admirer of Murphy's film work, I was saddened to hear of her death. An always interesting character actress, Murphy will be remembered for her portrayals of oddball outsiders in films such as Clueless, Freeway, Girl, Interrupted, Don’t Say a Word and Spun before she went on to star in the likes of 8 Mile and Sin City.

Whilst no stranger to darker, unsettling films, Murphy made a number of memorable forays into outright genre territory in her too-short career, with roles in the darkly comic slasher Cherry Falls, The Prophecy II and the anaemic though atmospheric chiller Deadline.

For me, she will always be the kooky young woman who uttered the immortal put down: ‘You’re a virgin who can’t drive’ in the charmingly ditzy comedy Clueless.

mge said…
She was quite versatile. It's always sad to lose someone so young and talented.

She was working in several projects too.