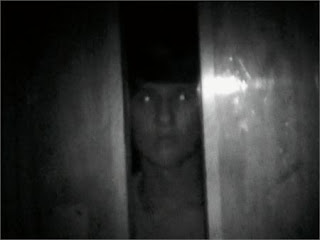 Aspects of Oliver Twist, Lord of the Flies and any number of recent vampire films in which the fanged-ones reject their thirst for blood swirl throughout proceedings. The narrative is a little unclear however, and the pacing muddled – particularly in the numerous scenes featuring the younger cast addressing their dire situation through mainly improvised dialogue. It always feels like it is only part of a bigger picture (what with it being the second instalment of a trilogy) and is hampered slightly by muddied sound quality and issues with lighting – no doubt stemming from its ultra-low budget.

The film boasts decent performances from its mainly young cast; though the scenes in which they improvise much of their dialogue could have been reigned in and tightened up. There are also a number of menacing performances from some of the older actors, particularly Eugene Hynes as the sinister and Faganesque patriarch Papa Eugene, Martin Lasch as the roguish boxing trainer (these young vamps apparently need to learn how to protect themselves in their dark new world!) and Aki Buhidma (who also shares co-writing duties) as one of the more pro-active of the tentative 'vamplings.'

The Belfast setting lends the film a gritty veneer and several scenes shot with night-vision in which the characters attempt to ‘nocturnalise’ themselves, also provide some creepy imagery. There are a number of rather interesting ideas that are never really fleshed out though – like vampires attempting to cover their tracks by making their bloodbaths look like the result of paramilitary attacks.

The deranged opening (a flashback to events in the first film?) features the character of Mortenson claiming his victims in a drama class, and hints at a juicy but never fully realised subtext of how the film industry literally sucks the life out of those desperate to become stars of the screen.
Indie Film Low Budget Short Film Vampire

Christine Hadden said…
Sounds like something that would be right up my dark alley! Hopefully it will be available at some point for those of us not fortunate enough to live across the pond ;)
29 August 2011 at 14:09