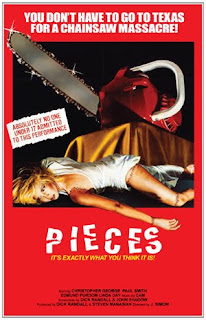 Directed by Spanish filmmaker Juan Piquer Simón in his native Valencia (though set in the States), the marvellously trashy and overtly sleazy 1982 extravaganza Pieces is a scuzzy, down ‘n’ dirty slasher that ranks down there with the worst best of ‘em. Pretty damn notorious when it was released, it has gone on to garner a sizable cult following – and rather understandably so. Containing no tension whatsoever, the film still manages to be highly entertaining due to it falling firmly into that old favourite category of the so-bad-it’s-bloody-good variety. On my first attempt to watch Pieces (several years ago when I first picked it up on VHS in a bargain bin) I got as far as the first chainsaw attack and was ordered to switch it off by whichever friends had the misfortune of watching it with me. Cut to several years later (in true slasher movie style), and I’m given a boxset of 10 horror films – so cheap there’s 3 on each disc – hey, so my friends know me too well) and I’m ready to have a second go at watching Pieces. I had the sense to watch it by myself this time. 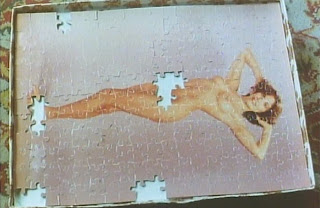 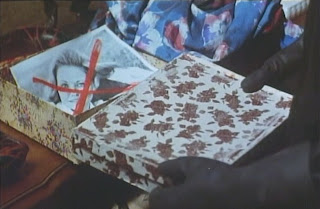 Like the tagline indicates – It’s Exactly What You Think It Is - and what with me thinking it was a cheap, sleazy, terrible piece of filmmaking; it wasn’t wrong!

The plot, so to speak, is structured around grisly and splashy deaths, unattractive sex scenes and increasingly ridiculous scenes in which the main characters stand around and indulge in dull expository dialogue. The police investigation - which is carried out by a staggering array of people (some of whom aren’t even cops) including detectives Bracken (Christopher George) and Holden (Frank Brana), the Dean of the university (Edmund Purdom), professor of anatomy Prof. Brown (Jack Taylor), former tennis pro turned undercover detective Mary Riggs (Lynda Day George) and the campus jock turned undercover cop assistant Kendall (Ian Sera) - consists of trawling through files and shuffling papers looking for clues. Tension could have been mustered in a number of stalking sequences, but the direction is so bland and the pacing so devoid of momentum that it just never feels as suspenseful as a good slasher should. Case in point – the killer sneaks into an elevator with one victim who fails to notice the big chainsaw he’s hiding behind his back, while another character, who is fished out of a swimming pool with a small net by the killer, simply reclines by the pool in terror while the killer retrieves his trusty chainsaw from the other side of the pool. The shock ending featuring a body made up of stitched together parts of all the victims is also a depraved delight that would be echoed years later in Lucky McKee’s May – though to much more poetic and chilling effect. 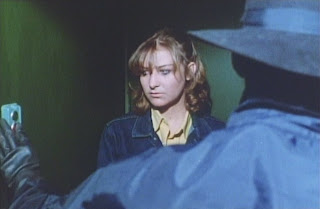 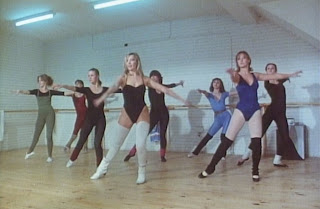 “While we were out here fumbling with that music, that lousy bastard was in there killing her. Bastard! BASTARD! BAAAASSSTAAAARRD!!!” 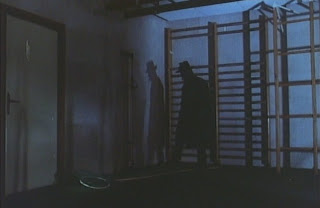 Interestingly, there is a number of tantalising giallo trimmings scattered throughout Pieces; not least the killer’s wardrobe which consists of black leather gloves, fedora hat and long dark raincoat. He also boasts some major psycho-sexual issues and is depicted in the prologue as a young boy indulging in a spot of matricide with an axe after his mommy dearest finds him playing with a jigsaw puzzle of a naked woman. When we cut to 40 years later, an unseen figure – the killer! - sporting black leather gloves fondles some obviously fetishised items in a box – including pieces of a familiar looking nudie jigsaw and bits of the dress worn by his mother when he murderlised her. There’s even a photo of her with a big red cross through it – you know, just in case we don’t get how much he hates her. Even the event which seemingly triggers the murderer’s memory of killing his mother (a young girl roller-skating into a big-ass mirror and a flashback shot from the opening scene when the mother smashes a mirror when she discovers her son’s pervy jigsaw) echoes similar devices used in giallo films when the killer sees something that reignites their dormant psychosis. A basic staple of slasher and giallo films - prowling POV camera work – is also chucked in for good measure. Similarities with Italian gialli stop here though, as Pieces unfolds as a messy, somewhat soiled and hilariously bad splatter pic with about as much subtlety as a curiously stained breezeblock being hurled through an ornate stained-glass window. 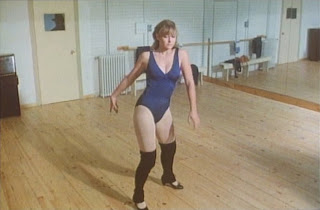 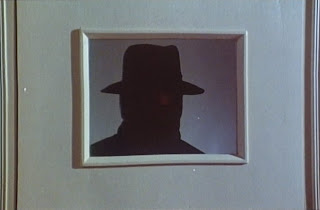 A hero never dies said…
Excellent review, truly a terrible movie but there is SO much fun to be had with it, best worst movie should have been about this instead.
25 August 2011 at 19:00

Chris 'Frog Queen' Davis said…
I have to say that I love the campiness of this movie. It is one of my guilty pleasure....last time I watched I paired it with "Inside" - lots of gore in both of them....great match up!

Matt-suzaka said…
I couldn't agree with you more on every level, James! I absolutely adore the insanity that is Pieces. I first watched it after picking up the cheap Diamond Entertainment DVD release for some super cheap price nearly ten years ago. It is one of those releases that has 'chapter selections' as an extra and the film starts as soon as you put the disc in!

Anyway, I was floored by the dialogue, the bad chop suey and that chick getting cut in half in the shower (which was a pretty cool effect, considering). Since then, Pieces has been one of my all time favorite bad films, and only can be trumped by the immortal Troll 2.

Glad you had fun with this one, James. Also, it should be noted that the movie is out on a special edition DVD, though, I find my shitty release and your 3 films on one disc release to be the proper way to watch such trash!
26 August 2011 at 04:27

James Gracey said…
Yays! So much love for Pieces! I KNEW I should have stood up to my friends and their so called 'taste' in films all those years ago! Well, in saying that, I guess it was worth the wait... ;)

Interesting double bill, Frog Queen! I must try that sometime; I loved Inside.

Matt would you believe that I've never seen Troll 2?? I know, I know. What IS up with that!?
It is only a matter of time though...
The other three films on the Pieces disc (two of which are on the OTHER side of the disc) are Scar, Axe and Curfew (which incidentally was also on another double disc of shitty movies someone once gave me!). I think the entire boxset consists of about 10 films, including House on Sorority Row, Beyond the Door 2, Don't Ring the Doorbell and Pin. Not bad, eh?? ;)
26 August 2011 at 10:17