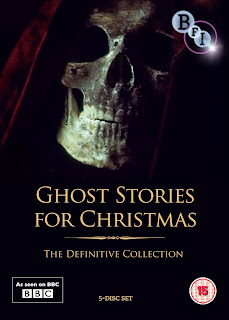 Part of the BBC’s annual series A Ghost Story for Christmas, which ran from 1971 to 1978 and featured some of the small screen’s most chilling moments, Lost Hearts was adapted from the short story of the same name by MR James. It tells of a young orphan boy sent to live with his much older cousin at a remote house in the countryside. The boy begins to catch glimpses of two ghostly gypsy children with holes in their chests where their hearts should be and suspects his cousin may be involved in something deeply sinister indeed…

This was the first of Clark’s adaptations for the Yuletide series he didn't write himself (it was written by Robin Chapman), and some critics have suggested this as the reason for the film’s inability to unnerve as much as the prior titles. While it isn’t as unsettling or downright terrifying as some of the other titles in the series (namely Whistle and I’ll Come to You, A Warning to the Curious and The Stalls of Barchester), it is just as atmospheric and the subject matter is amongst the darkest written on by James; child sacrifice. With its imperilled young protagonist at the mercy of mysterious evils and sinister adult figures, Lost Hearts would have no small influence on the films of Guillermo del Toro, particularly Pan’s Labyrinth and The Devil’s Backbone. The appearance of the spectral gypsy children is indeed haunting but also strangely melancholy – their large dark eyes beseeching as much as they are piercing. They have long, talon-like finger nails and gory holes in their chests where their hearts should be and, as events unravel, we soon realise that they might be trying to warn the youngster, not terrify him.

There is a morbid yet subtle humour which undercuts proceedings, particularly in some of the older cousin’s dialogue. Played with impish glee by Joseph O’Connor, it’s obvious from the outset that there’s something a little ‘off’ about Mr Abney, especially when he bombards young Stephen with strange and intrusive questions about his age and birthday. As Ramsey Campbell suggests in the notes which accompany the DVD release, ‘O’Connor exudes charm and elegance but bears wrinkles that resemble a clown’s permanent grin, liable to reveal its grimmer side at midnight…’ References to hearts also pepper the screenplay, courtesy of Robin Chapman, but far from being humorous in an overly ‘knowing’ manner, they serve to heighten tension and intrigue with a sly wink, as well as foreshadow very dark things to come. 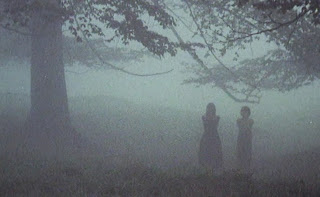 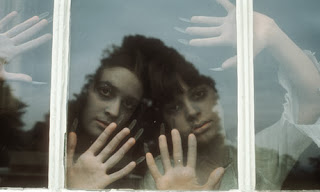 The score relies heavily on the odd sounds of the hurdy-gurdy, which adds a strangely exotic tone to proceedings and enhances the otherworldly atmosphere in some scenes. There appears to be an almost constant mist which enshrouds the land about the house and, much like the other titles in the series, Lost Hearts makes excellent use of its atmospheric location. The house Stephen arrives at, while large and imposing, isn’t overtly sinister from the outset – especially when he meets the motherly housekeeper Mrs Bunch - it is only as time passes and the boy begins to suspect something sinister is afoot that the place becomes increasingly ominous. His exploration of the long hallways, creaky attic rooms and shadowy nooks and crannies reveal the house’s odd layout, which mirror the skewed mind of its owner. In James’ short story one particularly chilling moment – sadly omitted from the adaption – occurs when the boy dreams of looking into an empty room and seeing something lying in a bathtub, only to awaken and find himself standing right outside the very same room…

That night he had a curious dream. At the end of the passage at the top of the house, in which his bedroom was situated, there was an old disused bathroom. It was kept locked, but the upper half of the door was glazed, and, since the muslin curtains which used to hang there had long been gone, you could look in and see the lead-lined bath affixed to the wall on the right hand, with its head towards the window.
On the night of which I am speaking, Stephen Elliott found himself, as he thought, looking through the glazed door. The moon was shining through the window, and he was gazing at a figure which lay in the bath.

His description of what he saw reminds me of what I once beheld myself in the famous vaults of St Michan's Church in Dublin, which possesses the horrid property of preserving corpses from decay for centuries. A figure inexpressibly thin and pathetic, of a dusty leaden colour, enveloped in a shroud-like garment, the thin lips crooked into a faint and dreadful smile, the hands pressed tightly over the region of the heart.

As he looked upon it, a distant, almost inaudible moan seemed to issue from its lips, and the arms began to stir. The terror of the sight forced Stephen backwards and he awoke to the fact that he was indeed standing on the cold boarded floor of the passage in the full light of the moon. With a courage which I do not think can be common among boys of his age, he went to the door of the bathroom to ascertain if the figure of his dreams were really there. It was not, and he went back to bed.
A Ghost Story for Christmas Adaptation BBC Ghost Story Haunting Lawrence Gordon Clark Lost Hearts MR James Witchcraft

thekelvingreen said…
That bath scene reminds me of The Shining. I wonder if the James story was an influence?

I miss these horror stories at Christmas, the BBC should bring them back.
7 December 2013 at 21:17

James Gracey said…
Oh, maybe! Though this creepy bathtub moment is much more subtle that King's.
And speaking of BBC horror, this is still a thing... http://www.ipetitions.com/petition/bringclassichorrorfilmsbacktothebbc
8 December 2013 at 00:01