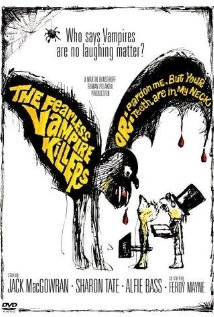 AKA Dance of the Vampires
The Fearless Vampire Killers… Or, Pardon Me, But Your Teeth Are in My Neck

Polanski’s pastiche of Hammer vampire films opens as any other vampire film at the time: two eccentric ‘outsiders’ seek refuge in an inn inhabited by superstitious locals and an abundance of garlic bulbs hanging everywhere. The mere suggestion that these two inept gentlemen are searching for the castle of famed fiend Herbert Von Krolock is enough to frighten the simple townsfolk. The sort of madcap shenanigans that ensue set the tone wonderfully for a film that, while largely a comedy, still manages to muster a sharp bite (sorry) and a dark edge.

Polanski himself plays Alfred, the loyal and somewhat long-suffering assistant to vampire killer extraordinaire Professor Abronsius (Jack McGowern). Abronsius has no one but himself fooled that his ‘façade’ of ineptitude and incompetence is actually a wily foil to conceal his status as a legendary Van Helsing-alike, tracking and destroying the Un-Dead. The duo are the Laurel and Hardy of vampire slaying, and their buffoonery often ensures they end up in more danger than avert it.
When Sarah (Sharon Tate), the daughter of the innkeeper is abducted by head vampire Herbert Von Krolock, our intrepid duo set off to rescue her. Except that it’s probably too late, but they’ll attempt to rescue her anyway. 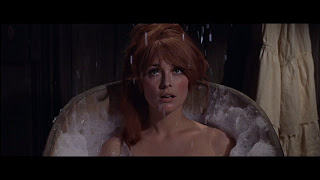 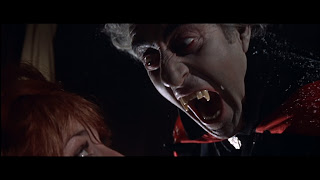 The production design of the film is flawless. Wintry landscapes, a crumbling castle, snug inns and creepy crypts are all utilised to conjure up a wonderfully evocative atmosphere throughout proceedings. A sense of chilly isolation and hopelessness is as abundant as the scenes featuring snow-coated lands and bleak skies, promising nothing but more snow to cover tracks and seal doom.

One of the most memorable scenes deposits Alfred, Abronsius and Sarah in a ballroom full of dancing vampires. Thinking that they have finally outwitted their captors and with their escape route in site, the final steps of the dance they are involved in brings them in front of a huge mirror: despite being surrounded by festive and frolicking fiends, the trio are the only souls reflected in the glass.

The quirky characters are completely at home in this film and never seem strained or unbelievable. From the genteel and rather disinterested Von Krolock and his lonely, gay son, to the recently-turned-Jewish-vampire, who is immune to the sight of a crucifix, each character, while decidedly odd, is fully formed and compelling in their own way. 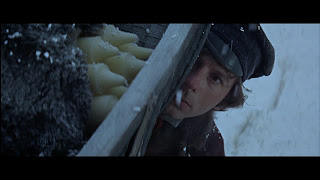 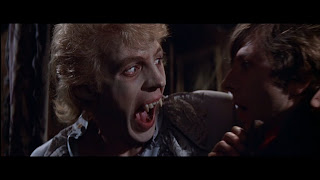 Polanski wrote the script with regular collaborator Gerard Brach, and the pair do a fine job of balancing comedy and horror, without favouring one over the other. Indeed the rather pessimistic climax of the film belies its charm and wit, and yet somehow seems completely appropriate and in keeping with the odd mood.

Polanski’s body of work is largely made up of dark and unsettling films, and while they often have humorous or comedic elements, few have come closer to pure slapstick comedy than this. Charming, slightly creepy and lighted-hearted fun. 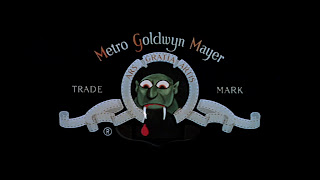