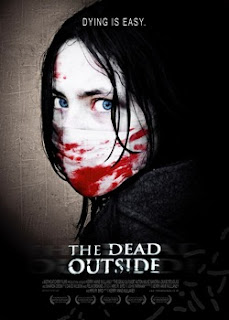 A mysterious neurological pandemic has ravaged Britain. Seeking refuge in a solitary farmhouse in deepest, darkest Scotland, Daniel (Alton Milne), a young man reeling from the death of his family, meets April (Sandra Louise Douglas), a secretive young woman who has been living in isolation for some time. The two eventually forge a tenuous relationship until the arrival of a stranger throws them into turmoil. As well as dealing with serious trust issues, the three survivors must also contend with the infected population besieging the farmhouse on an increasingly frequent basis…

The Dead Outside, a stark post-apocalyptic psychological horror film, was screened in Belfast recently as part of the Yellow Fever Independent Film Festival. Intelligent and thoughtful, at times it resembles a sort of pared down, minimalist 28 Days Later. Filmed with a minuscule budget and fully utilising what is essentially one location, the film plays out as a claustrophobic two-hander dealing with issues such as trust, loss, suffering and solitude. Moodily shot on DV, with washed out visuals and a deliciously bleak looking aesthetic, events unfold with an irresistibly slow-burn approach.

The story begins six months into the neurological pandemic, and director/writer Mullaney plunges us into a nightmarish world almost immediately, and then leaves us gasping for information as she ever-so-slowly reveals tantalising morsels regarding what has occurred. The quietness of the opening scene is utterly disarming. We see Daniel calmly packing up his car and driving off. One distressing encounter with an infected person later and Daniel soon runs out of petrol. He eventually comes across the seemingly deserted farmhouse and explores it as the effectively creepy and paranoia-inducing soundtrack works its way insidiously into your brain. Everyday objects are rendered strangely sinister in these scenes, and seem to drip with ambiguous menace; the propped up wheelchair in a cluttered room and the various pieces of torn clothing caught on the barb wire fence surrounding the farm flutter ominously in the breeze. 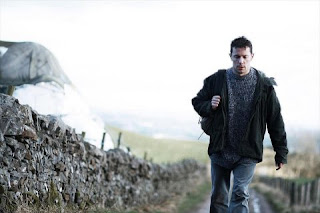 Daniel decides to stay in the farmhouse and beds down for the night. He wakens to a rifle aimed at his face and the barer, April, tells him he must leave. Despite what she says though, April eventually relents, takes pity on him, and agrees to let Daniel stay. The two begin a cautious relationship – each wary of the other. The sense of isolation is palpable, aided in part by the limited sets and locations of the farmhouse and the surrounding countryside. This is particularly effective during the scenes at night, when we see the house from a distance; surrounded in darkness and bathed in nothing but the cold and pitiless light of the moon.

Things begin to disintegrate rapidly when a third survivor joins April and Daniel in their haven. Kate (Sharon Osdin), a nurse, began searching for other people when her mother passed away. Or did she? The introduction of this character will blight the already brittle bonds of trust between April and Daniel.
Eventually Kate does something that reveals our darkest suspicions and sets in motion a series of tragic and disturbing events that will leave their bloody imprint on all concerned.

The Dead Outside craftily tackles current social anxieties such as the outbreak and spread of viruses and infections, and the unquestioning trust we put in the governments meant to protect us. To add to the somewhat chilling ambiguity is the lack of explanation of where or how the strange affliction originated. All we are left with is the aftermath. It is something that ‘just happened’ and spiralled out of control. Interestingly, it is hinted that the government knew about the infection long before it took hold, but they took too long to act and therefore were largely to blame for its uninhibited spread. 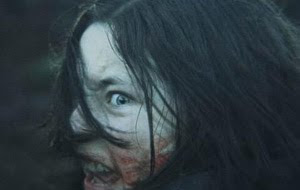 In similar films we are usually present at the instigation of the outbreak, or are at least filled in with news reports, newspaper headlines or radio broadcasts. The Dead Outside offers none of these comforts. It plunges us straight into the stark reality faced by the survivors in their bleak new world. At various times the characters are seen wearing face masks, mirroring similar actions by people during the SARS outbreak. Is the virus air-born? Is it transferred through touch? A vaccine is also mentioned, and at one stage Daniel is seen administering himself with it, however April maintains it doesn’t work and only slows down the onset of symptoms of the virus.

Intrigue is soon swirled around the character of April. Why does she go out at night alone? Where does she go? Why does she never seem to get sick, even though she comes in contact with the infected? Is she immune? She is a troubled girl, and though she and Daniel manage to build up a somewhat fragile and tentative relationship, she still keeps herself to herself.
The attention paid to characters and the multifaceted performances of the actors really help to enhance the experience of The Dead Outside: here are characters that we genuinely care about and therefore we invest ourselves in and root for them; even during the darkest hours when it seems that all hope is lost.

There is some vague talk of the infected – whilst they resemble zombies, they are not actually the living dead: they are the still able-bodied and very much alive victims of the infection. Their minds however are completely gone. One character states ‘Their heads went bad, then they got violent.’ The simplicity of this is chilling in its resonance.
The screams and cries of the infected are most unsettling. At times the pathetic beings simply repeat jargon over and over again: the infection causes complete mental breakdown. This proves disturbing and oddly poignant as they can retain their ability to speak and to scream and sputter sentences without rhyme or reason.
They are presented in a strangely disjointed manner – at times they are briefly glimpsed standing still in the distance and other times they are shown frenziedly chasing the uninfected characters. They are psychotic and uncontrollable but they still retain fragments of their former selves in the deranged mutterings they spout. Are they still human? This is a question addressed by Daniel and April several times throughout the course of the story, and one that both have distinctly different opinions on. 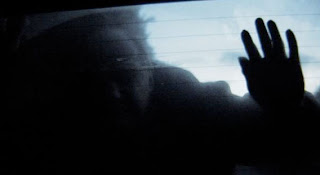 The sound design throughout the film is incredibly effective; even during the quietest scenes, a constant wind eerily howls as if to heighten to the sense of isolation and impending hopelessness of the characters. Some of the imagery is undeniably that of typical zombie film tradition, but the film side-steps the pitfalls of subscribing completely to ‘zombie film’ conventions and strays down its own daring and dark path. The frenetic editing of the latter scenes whips up a frenzied pace as events turn nastier and rapidly spiral out of control. The disturbing flashbacks of Daniel and particularly April, lace the story and serve to heap more flesh onto the bones of these well written and believable characters. Both are haunted by their pasts.

A provocative film that poses more questions than it chooses to answer, and in doing so remains a powerful, bleak and deeply upsetting experience.
Indie Film Low Budget Scottish Horror Zombie Film