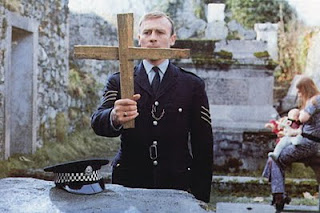 Cult actor Edward Woodward, best known for his roles as a virginal policeman in The Wicker Man and a former secret agent turned vigilante in the 80s TV show The Equalizer, sadly died on Monday 16th November at the age of 79, after suffering from a number of illnesses including pneumonia.

The actor died in a hospital near his home in Cornwall and was said to have been surrounded by family and friends.

Woodward made his mark in cinema with his portrayal of celibate and devoutly Christian, Police Sergeant Neil Howie in British Horror film The Wicker Man. The film has quite often been referred to as "the Citizen Kane of horror movies", and both Woodward and Sir Christopher Lee have said they were "enormously proud" of their roles.

According to The Guardian the director of the The Wicker Man, Robin Hardy, paid tribute to Woodward, saying he was 'one of the greatest actors of his generation, without any question', who was 'an absolute star of The Wicker Man' but also 'an extremely nice human being'. Sir Christopher described Woodward as 'a very good friend and a splendid actor'.

Simon Pegg, who was not only a big fan of Woodward, but went on to cast him in his 2007 film Hot Fuzz, said on Twitter: 'So sorry to hear we have lost the great Edward Woodward. Feel lucky to have worked with him.'

We love you Ewar Woowar.